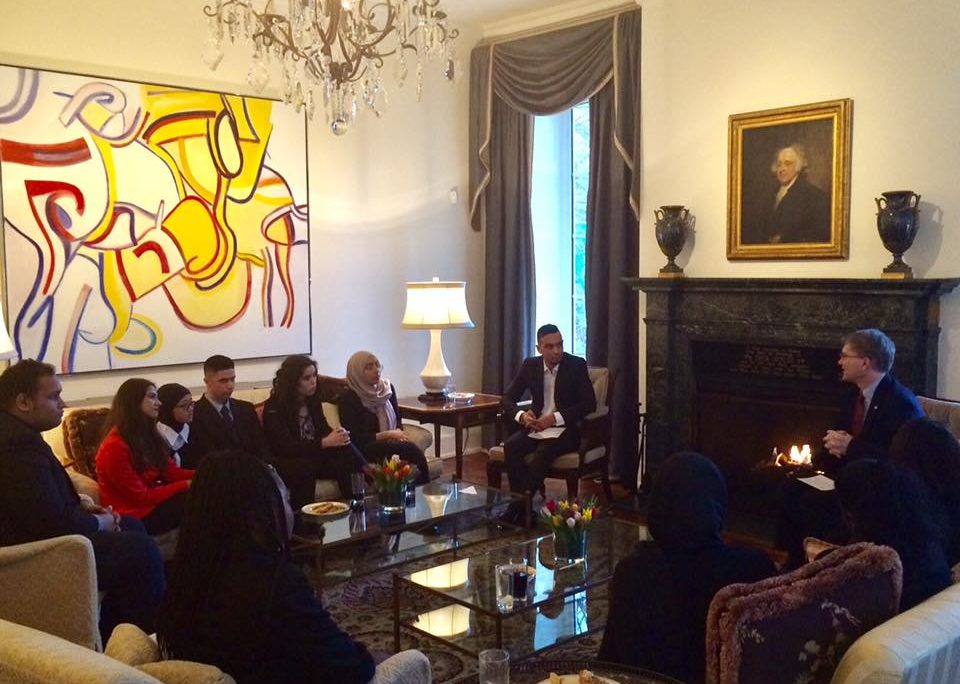 Student Ambassadors discuss the values of a diplomat at Ambassador's Residence.

CDA Shawn Crowley hosted 16 Student Ambassadors from the IMC Weekend School for a discussion on the values that make a diplomat.  The Student Ambassadors range in age from 16 to 26 and come from towns all over the Netherlands including:  Amsterdam, The Hague, Utrecht, Tilburg, Nijmegen, Heerlen and other cities.

During the discussion at the U.S. Ambassador’s Residence, Crowley spoke about the importance of “accountability, honesty, and respect,” values cited by Secretary of State Rex Tillerson during his welcome remarks at the Department of State.  The students provided examples of values they deem important for Student Ambassadors such as innovation, curiosity, determination, and openness to the ideas of others.  Crowley noted that all these values will serve the students not just in their youth, but rather during their entire lives.

The discussion was followed by a formal dinner in the dining room of the U.S. Ambassador’s Residence.  The students continued with a question and answer period about the roles of diplomats and ambassadors.