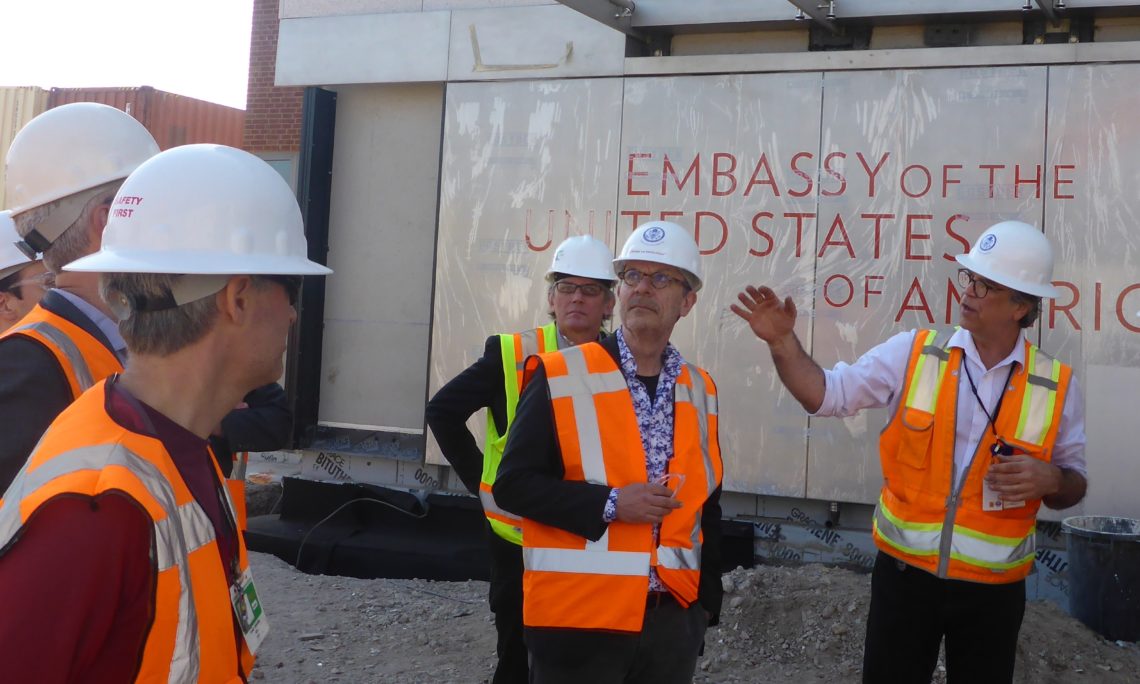 In honor of Earth Day, staff from the U.S. Embassy in The Hague invited contacts to tour the construction site of the new embassy to look at the Earth-friendly features of our new home.  The new U.S. Embassy boasts a number of “green” features from a heat-reflective “cool roof” to the ground source heat pump system.  The building was originally targeted for Silver LEED  (Leadership in Energy and Environmental Design) certification, but the project managers hope to be approved for Gold LEED certification.

Visitors included a member of the Dutch Green Building Council, representatives from the cities of The Hague and Wassenaar, and a representative from the Ministry of Infrastructure and Environment.  Outside they saw the construction being done on the electric vehicle charging station, several bio-retention basins, and the canals.  Inside the building they saw the green features that work to conserve energy such as universal access to interior daylight, automated lighting controls and window shades, and energy-recapturing features of the heating / cooling system.

The U.S. Embassy in The Hague will move to John Adams Park 1 in Wassenaar in the fall.