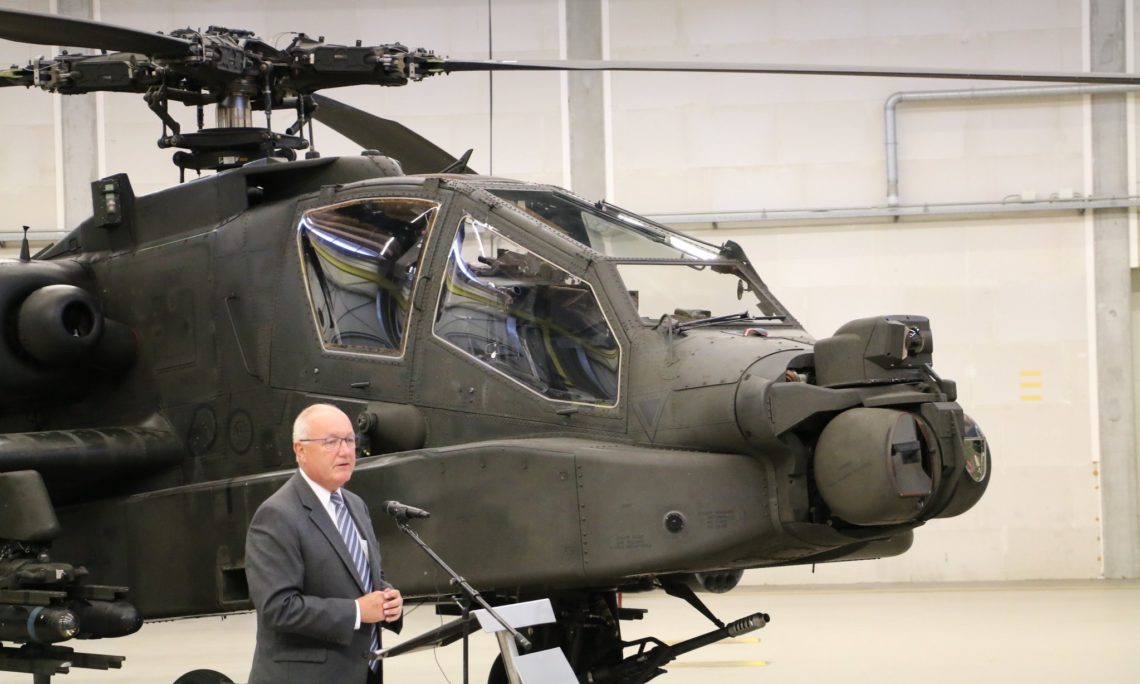 Dutch and U.S. officials signed a contract to modernize the Dutch fleet of 28 Apache helicopters. To date, the Dutch fleet has been used almost continuously in major operations of the Dutch armed forces such as protecting ground troops, escorting convoys, and carrying out reconnaissance missions. The attack helicopters are assigned to the Defense Helicopter Command of the Royal Netherlands Air Force.

Secretary Visser said “Reinforcing the armed forces is in full swing. This contract signing is a good example of this. Our operations in Afghanistan, Iraq, and Mali have demonstrated the importance of Apaches. With this modernization our Apaches remain the versatile combat helicopters that our armed forces need.”

The current Apaches have become technically and operationally out of date after 20 years of service. During the overhaul, the fleet will receive new hulls, transmissions, and rotor blades. In addition, the power of the engines will be increased and they will be better able to fly in bad weather conditions. Other countries that use the Apache are also carrying out this modernization, which makes international cooperation easier. The first aircraft will be modernized beginning in 2021. By mid-2022, the first modernized Apaches will be reintroduced to the fleet. The sale represents an estimated total value of 1.19 billion dollars.