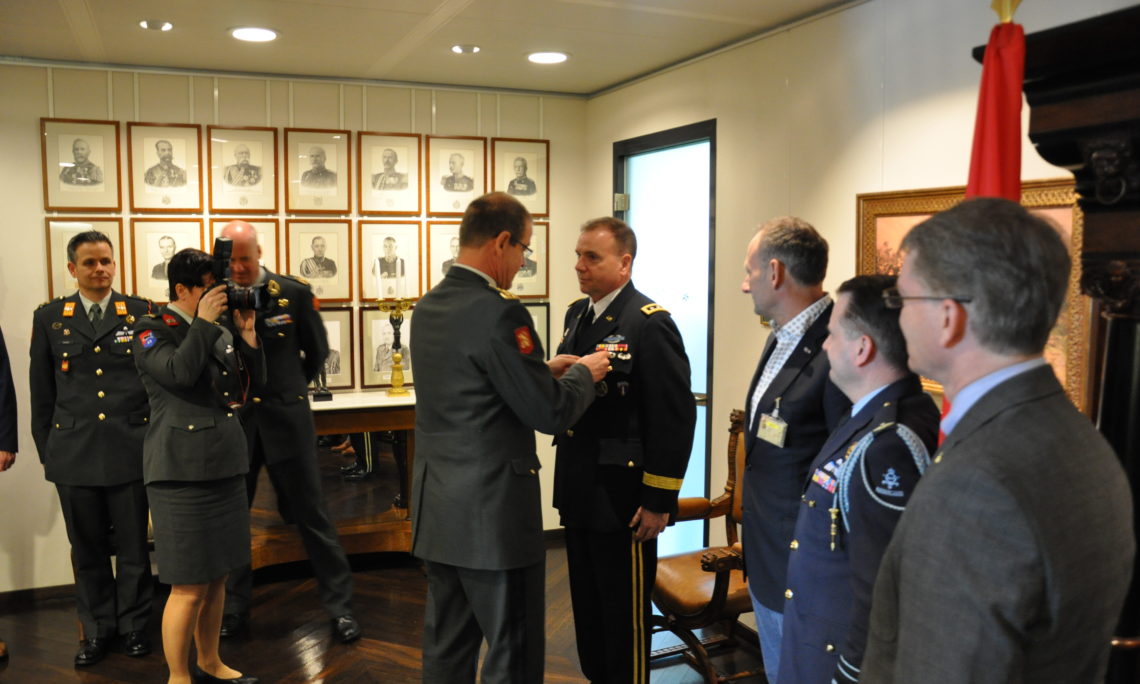 The Commander of U.S. Army Europe Lieutenant General Frederick “Ben” Hodges received the Meritorious Service Medal in Gold from the Dutch Minister of Defense on Monday, March 13th during a visit to the Netherlands.

The award recognized LTG Hodges for his outstanding meritorious achievement as Commander, US Army Europe.  He was surprised at the ceremony by LTG de Kruif (retired), who served with LTG Hodges in 2009 in Afghanistan.

This award highlights the increased level of operational cooperation between the armed forces of the Netherlands and the United States.