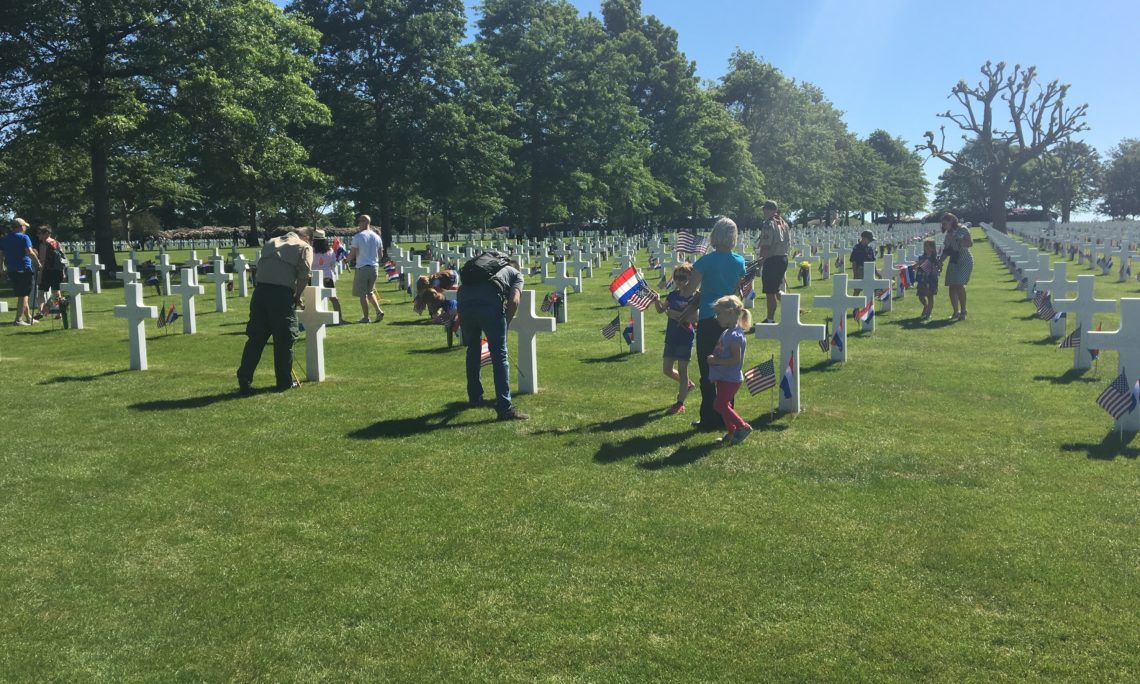 Hundreds of citizens from the Netherlands, America, and other nations gathered, Saturday May 27, at the  Netherlands American Cemetery and Memorial in Margraten to prepare for the annual ceremony in honor of Memorial Day.  The cemetery is administered by the American Battle Monuments Commission (ABMC) and is the final resting place for 8,301 American soldiers who died in World War II.  The names of another 1,722 Americans are inscribed on the Walls of the Missing at the cemetery.

Margraten was liberated by the 30th Infantry Division September 13, 1944.  Almost exactly two months later, the first U.S. soldier was buried at the new cemetery.  The connection with the local Dutch community at Margraten is unique.  Since 1945, members of the local community have adopted the graves of soldiers.  They bring flowers and research the lives of the service members to remember them and honor their sacrifices.

Today, Dutch adopters came to honor the soldiers with flowers while children from the Girl and Boy Scouts and others planted flags on every grave.