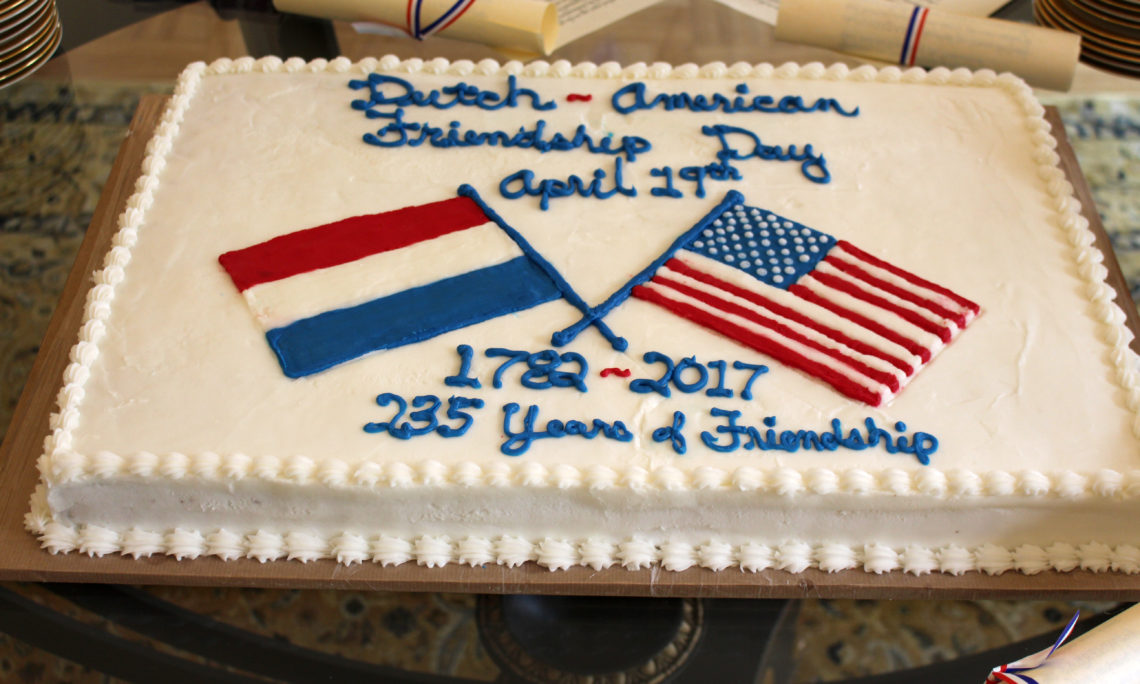 Acting Deputy Chief of Mission Robert Kingman delivered brief remarks and presented a Certificate of Appreciation to the Board of the “Stichting Herdenking Amerikaanse Kerstviering 1944” (SHAK 1944).

Each year, they organize the Christmas Eve Mass in the caves of Maastricht to commemorate the Mass of 1944.  SHAK 1944 President Jons van Dooren joined Mr. Kingman in cutting the ceremonial cake.

In 1982, Mrs. Roberta Enschede and OAR submitted a resolution to the U.S. Congress to designate April 19 as Dutch-American Friendship Day.  The resolution passed the Senate and the House of Representatives as a Joint Resolution – HJ 410.