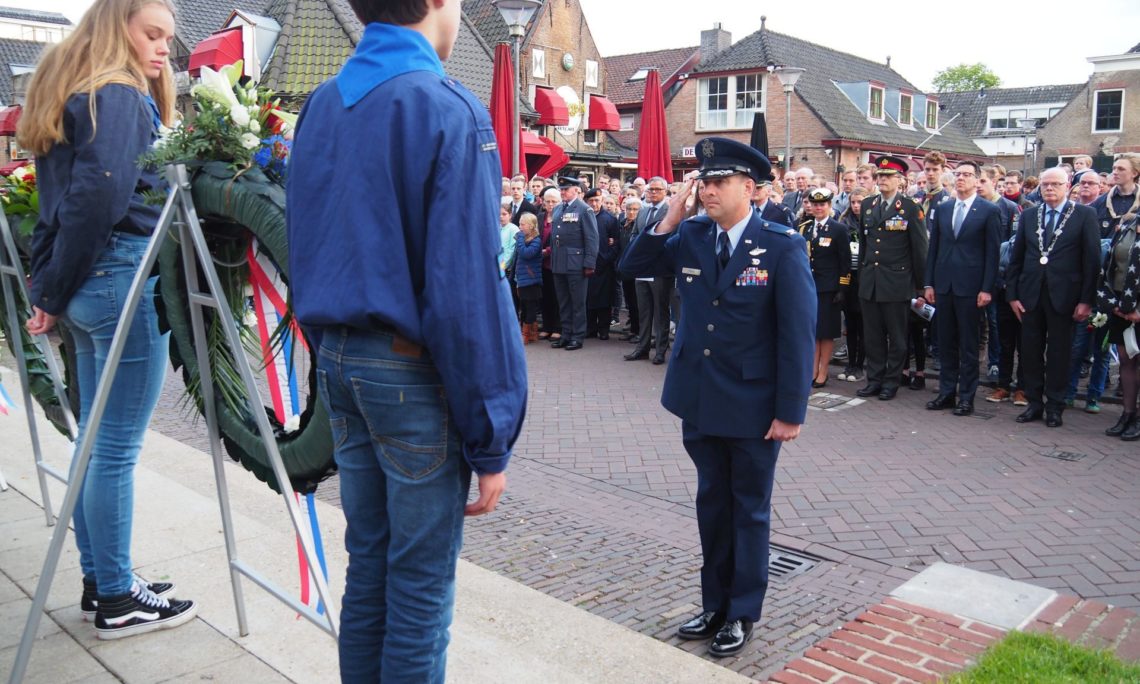 A remembrance ceremony was held May 4th in Barendrecht to honor nine Dutch Resistance members, five Dutch military members, a Royal Australian Air Force Spitfire pilot, and four US Army Air Corps aviators who died when their B24 “Liberator” crashed in 1945.