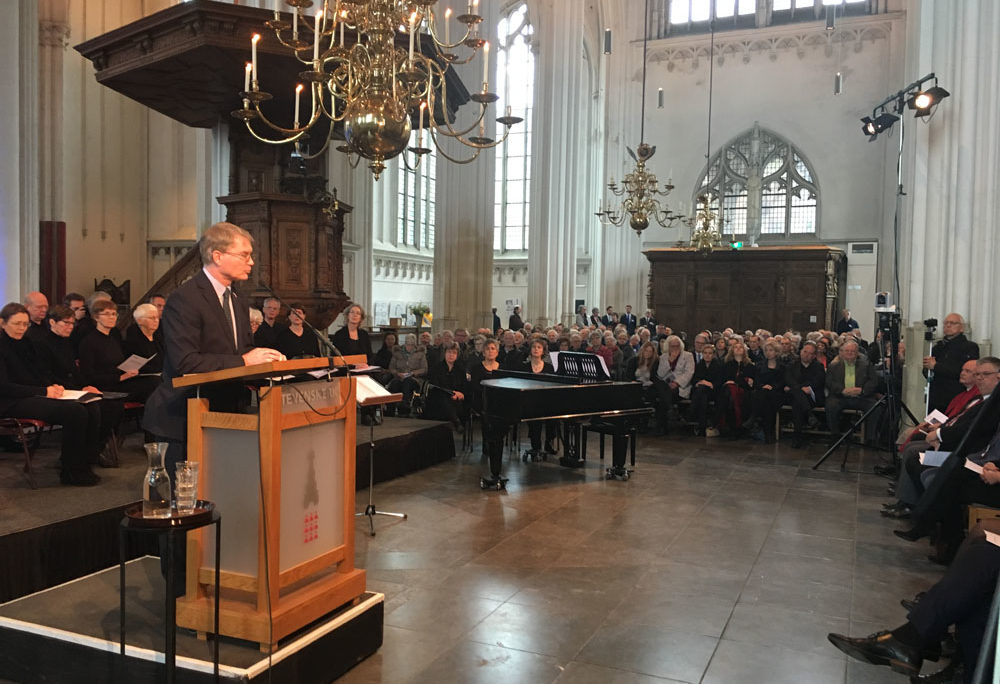 Friday, February 22, marked the 75th anniversary of the accidental bombing of Nijmegen that leveled much of the inner city and cost the lives of more than 800 people. Deputy Chief of Mission Shawn Crowley made remarks in the historic Sint Stevenskerk to mark the occasion.

Today we gather as two nations, allies, and friends, to recall the dark days of the Second World War. We come together to remember those who lost all, and those left behind to rebuild. It is difficult today to imagine the horrors that Nijmegen and other cities faced 75 years ago, during the struggle by Dutch and Allied forces to end the Nazi occupation.

Nijmegen celebrated its liberation in September 1944. Only seven months earlier, this beautiful city was the scene of a terrible tragedy. The devastation came unexpectedly, not at the hands of our enemy, but from those who were risking–and in many cases sacrificing–their own lives for our common cause.

Some of those here today were personally affected by the events of February 22, 1944. Those scars can never be forgotten. We know that the victims here in Nijmegen–as well as those in Deventer, Arnhem, Enschede, and elsewhere–paid the ultimate price for liberation.

Please allow me, on behalf of the United States of America, to offer you our deepest and most heartfelt condolences for your loss. Staat u mij toe om namens de Verenigde Staten van Amerika, u ons diepste medeleven te betuigen met uw verlies.

During my nearly three years here, I have been greatly moved time and again by the Dutch determination to remember–and ensure future generations never forget–all those who fought to liberate this country and defeat fascism. Their sacrifices have allowed both the United States and the Netherlands to blossom into peaceful and prosperous nations. As we face new threats today, we must remain united and vigilant to avoid any return to the perils of the past.

I am honored to be with you today as we bow our heads and remember again those who lost their lives here. Let this day, which symbolizes the great suffering of the past, remind us of the necessity and price of defending our freedom both now and in the future. Thank you.