Home Home | News & Events | Cyberheroes strive to make the Netherlands and the U.S. a safer place 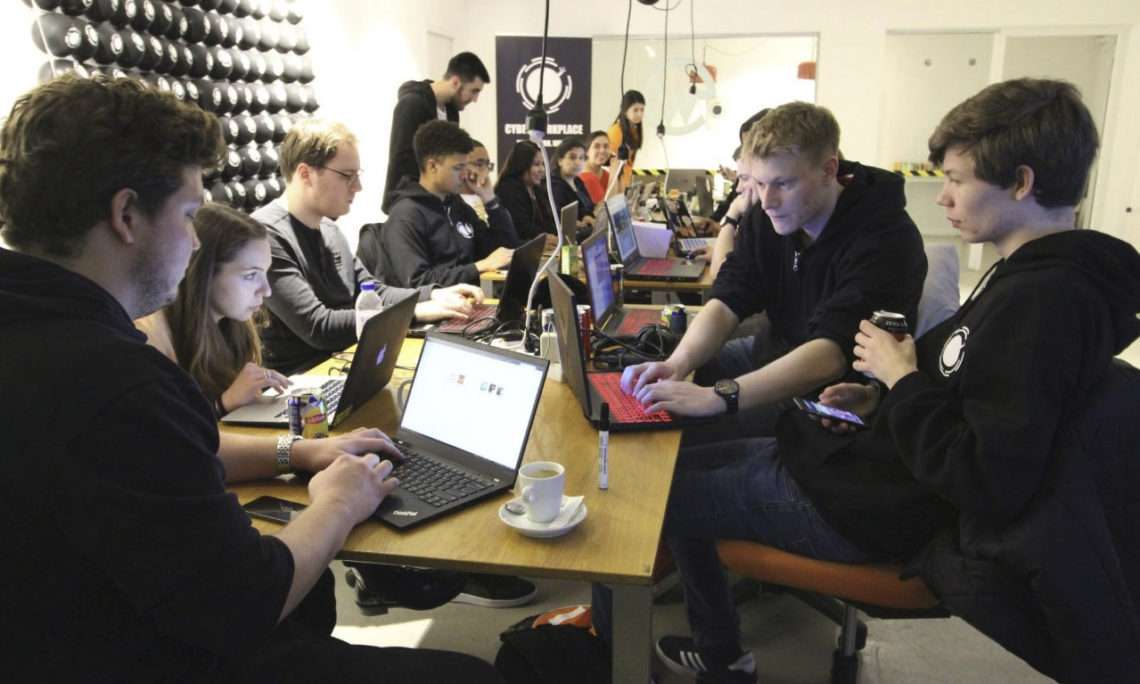 Cyberheroes is a one-week training that brought together 20 talented youngsters from the Netherlands and New Mexico. Together they were trained in ethical hacking skills by a series of subject matter experts – and each other – to address current security threats and crimes.

Over the course of the week, they took on hacking battles, worked on CSI-type cyber challenges with local police, studied the history of cryptography, learned to fight cybercrime alongside international hackers, competed in capture the flag challenges, and much more.

At Rotterdam’s Sea Port Police headquarters, CyberHeroes participants took part in a CSI-style digital forensics challenge. The Rotterdam Police has long recognized the value of using young coders to help counter criminal activity with ethical activity. The coders from the U.S. teamed up with Dutch counterparts working with Cyberworkplace, who organized the week-long exchange that even included a trip to work with coders in Leeuwarden.

While visiting The Hague, participants and all those involved in CyberHeroes were guests at the residence of the U.S. Ambassador, Peter Hoekstra, in The Hague. During the reception, the students gave the Ambassador a Cyberworkplace hoodie!