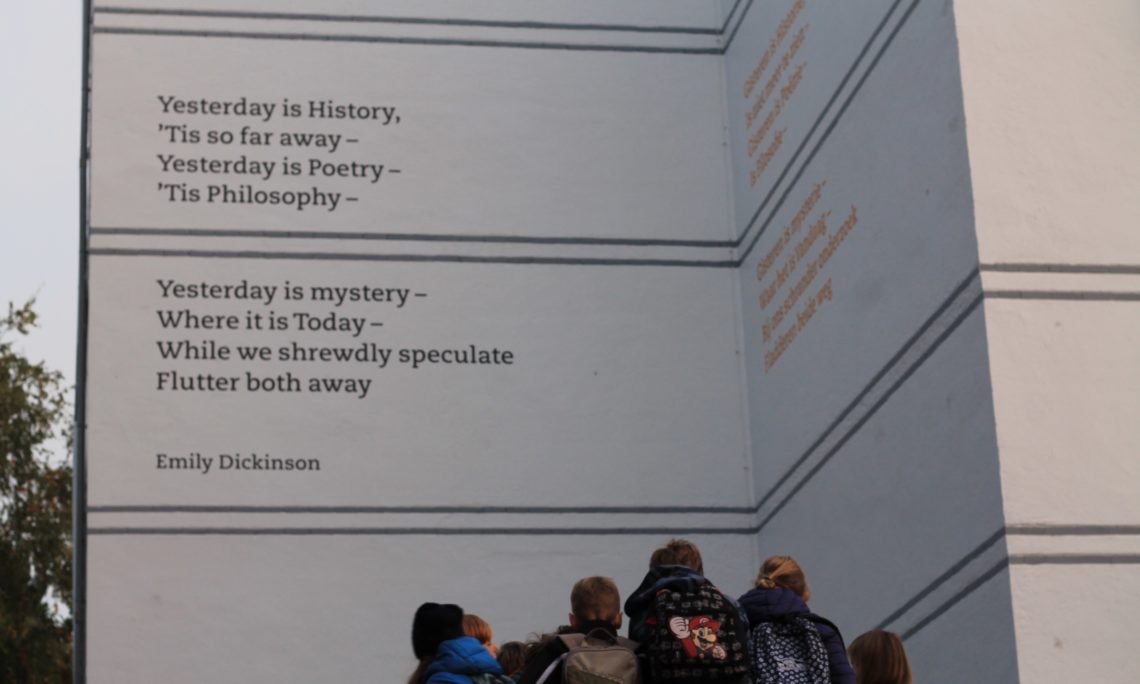 Poem of Emily Dickinson unveiled on a wall of the HSV International Primary School in The Hague.

The famously reclusive Emily Dickinson might not have felt comfortable with all the attention. But surely she would have loved the fact that one of her poems has been immortalized on a wall of a school house in a lovely neighborhood of The Hague. Dickinson, whose work received almost no recognition while she was still alive, was sweetly feted by 400 schoolchildren at HSV International Primary School at the unveiling. Students read the poem, Yesterday is History, in both English and Dutch. Despite the early hour, they sang a song. Green and yellow balloons, the city colors of The Hague, were released into the air.

The Archipel Poetry Foundation displays poems on the walls of buildings. Great care goes into the choosing of the poems, the calligraphy, and the location. As Deputy Mayor Ingrid van Engelshoven said at the ceremony, the project is not just a celebration of culture, but it shows the important power of words to uplift.

Dickinson, from Amherst, Mass., wrote almost 1,800 poems. Less than a dozen of them were published during her lifetime, and those were significantly edited to conform to the norms of the time.

But, as she wrote, yesterday is history. Today, her words stand tall in one small corner of the Netherlands.