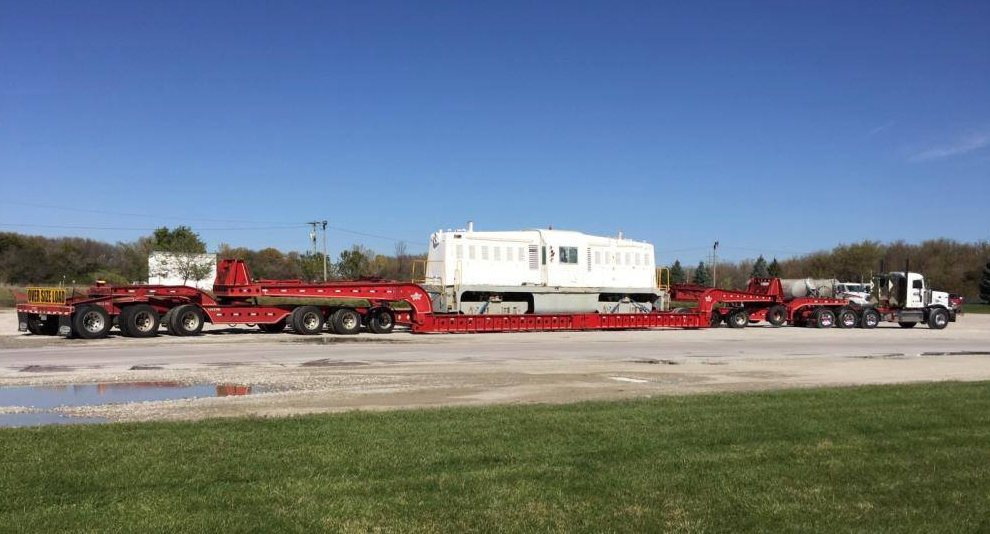 A rare artifact is coming to a Dutch railway museum in Goes this week: a Whitcomb diesel locomotive from after the Second World War. The Whitcomb locomotive type was bought in bulk by Dutch Railways after World War II. A part of the Marshall Plan – the U.S.-funded blueprint for reconstruction of 16 war-crippled countries after World War II – was to revamp the ravaged Dutch train system.

These trains were integral to the rebuilding of the Dutch transportation system in the immediate post-war years. As time went on, though, and as the Marshall Plan helped build a prosperous Netherlands, nearly all of the old locomotives were scrapped. For years the museum Stoomtrein Goes-Borsele has been hunting for one of these early post-war artifacts – but to no avail. Finally, one was tracked down at the Lehigh Cement Company, in Mason City, Iowa, which had purchased the train from the Netherlands nearly 60 years ago. It was used as a cement carrier.

The company had the locomotive cleaned, and donated it to the museum, who used crowdfunding to raise money to transport the engine Iowa to Milwaukee, Wisconsin. There, it was put on a ship to sail through the Great Lakes and brought to Europe. It will arrive in the port of Antwerp early November.

The train will be re-painted in its original white and yellow colors, and should hopefully be on display at the museum by 2021.