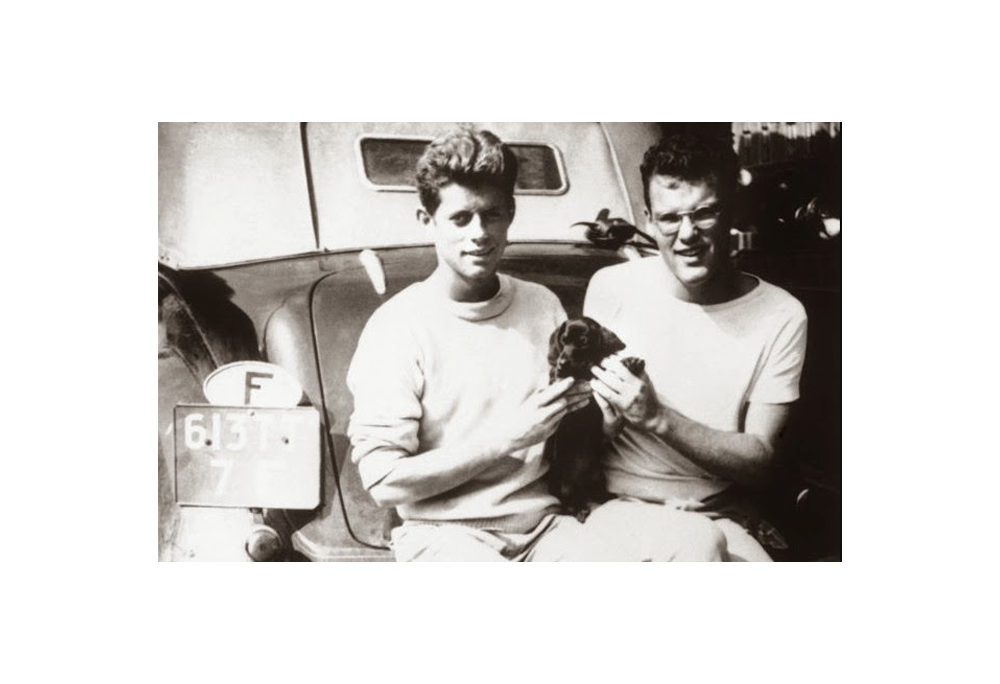 Kennedy in the Hague

John F. Kennedy, the 35th President of the United States, would have been 100 this year. To mark that occasion, Alex Krijger published the first in-depth biography of JFK in Dutch in almost 25 years. At a book launching event at ProDemos in The Hague, Krijger presented Chargé d’Affaires Shawn Crowley the first copy of his book JFK: Idealist zonder illusies (Idealist without illusions).

About 120 people were at the launch, which featured a high-powered panel discussing courage in modern politics, a hat-tip to JFK’s 1957 Pulitzer Prize-winning Profiles in Courage. The panel comprised Karsten Klein, deputy mayor of The Hague, journalist Sjors Fröhlich, retired politician Neelie Kroes, and social worker Bilal Sahin. It was moderated by Senator Marnix van Rij.

Krijger began his remarks by describing a trip to The Hague then 20-year-old Jack Kennedy. There is a classic picture of Kennedy, with a puppy, sitting on the back bumper of his convertible Ford that he’d had shipped over from the United States. He picked up traveler’s checks from the American Express office. He spent the night for 40 cents at the hotel/restaurant Elim on Wagen Street that was run by the Salvation Army. According to his diary, Kennedy didn’t think much of The Hague, referring to it as dull.

But Kennedy also visited other European countries during 1937 and again in 1939, by which time his father, Joseph P. Kennedy, was U.S. Ambassador in London.

“The two trips made a deep impact on the young Kennedy,” Krijger said, “and he wondered how in such a short period of time democracies fell like dominoes. Why did ever more Europeans choose strong men who limited their freedoms and circumvented the rule of law? What went wrong with Democracy on the eve of World War II?”

The 23-year-old Kennedy fashioned his book Why England Slept out of these two trips. His conclusion: democracy is vulnerable and requires permanent support. This feeling, Krijger said, never left Kennedy. It took courage in politics to strengthen democracy. In his book, Krijger attempts to show how Kennedy’s thinking about politics, democracy and leadership evolved, through his trips, his military service, his presence at the creation of the United Nations all the way through his presidency.

The wide-ranging discussion that followed Krijger’s remarks featured examples of courage in European politics, but also the need for innovative – and courageous ways – to engage youth in politics. Kroes talked about the snippiness of modern-day communications where pithy one-liners are more valued than constructive engagement with solutions.

Sahin is the coordinator of the Vadercentrum, which provides training classes for men in the ethnically diverse Laakkwartier in The Hague. He talked about the courage it takes for men to come into the center, to choose to engage, to want to contribute to the greater societal good. But he also warned that politics is leaving behind whole groups of people, who feel that unrepresented and unaffected.