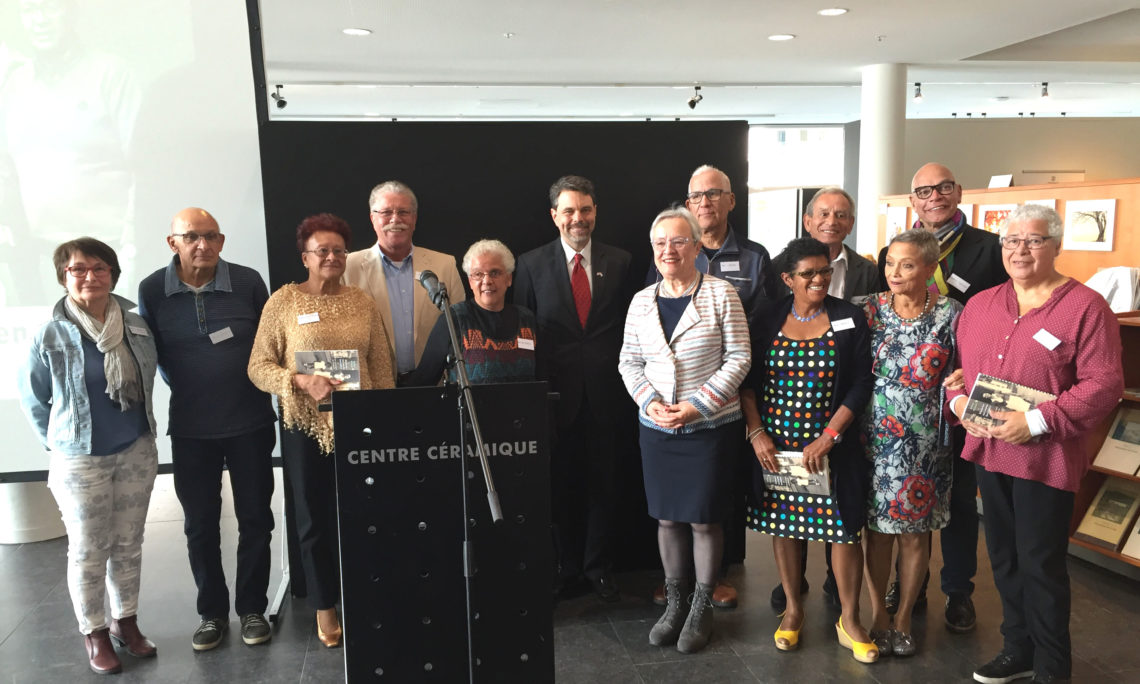 Acting Deputy Chief of Mission Bob Kingman was in Maastricht for the presentation of a new book by Mieke Kirkels, “Children of African-American Liberators.” Along with Kierkels, he presented copies of the book to the 12 “children” who were featured in the book.

Kirkels’ first book, “From Alabama to Margraten,” told the story of Dr. Jefferson Wiggins. His 960th Quartermaster Service Company of African-American soldiers were tasked with digging the graves of thousands of American war dead. It was a story that, until then, had not been told. The American military was segregated until 1948.

The American soldiers who drove out the Nazis from occupied Holland are known as liberators. Kirkels’ latest book reveals another untold story: some 70 children, with African-American liberator fathers, and Dutch mothers were born in 1945.

After the publication of her first book, Kirkels was approached by Huub Schepers, one of the children. While he was delighted that the story of the African-American gravediggers had finally been told, he said, he wanted Kierkels to tell the story of their children. Twelve of them came forward to be interviewed. The resulting stories tell of hardship, discrimination, of lives wished away.

“For many descendants of African-American soldiers, confusion was probably a part of their lives,” Kingman said. “They looked different from their friends or siblings. How did they fit into society?

“The book is also a history of the incredible dedication of so many African-American soldiers to the U.S. Army, and of the many hardships they had to endure,” Kingman continued. “But it is also an account of our journey as a nation, a testament to our continual struggle for the protection of civil and human rights.”

It became very apparent to anyone at the ceremony in Maastricht that the 12 survivors were delighted and enriched by having found one another. “A new family,” is how one of them described it. They sat together, sometimes holding hands, sometimes welling up with emotion. At the end, they presented Kirkels with a bouquet of flowers, thanking her for telling their stories.

Schepers, the man who got this project started, died last year. He had endured a difficult life of discrimination and abuse. His widow told of his courage and determination.
“He deserved a better life,” she said.

Kirkels and the Maastricht Historical Society intend to launch a program to educate students about this chapter in the history of their area.