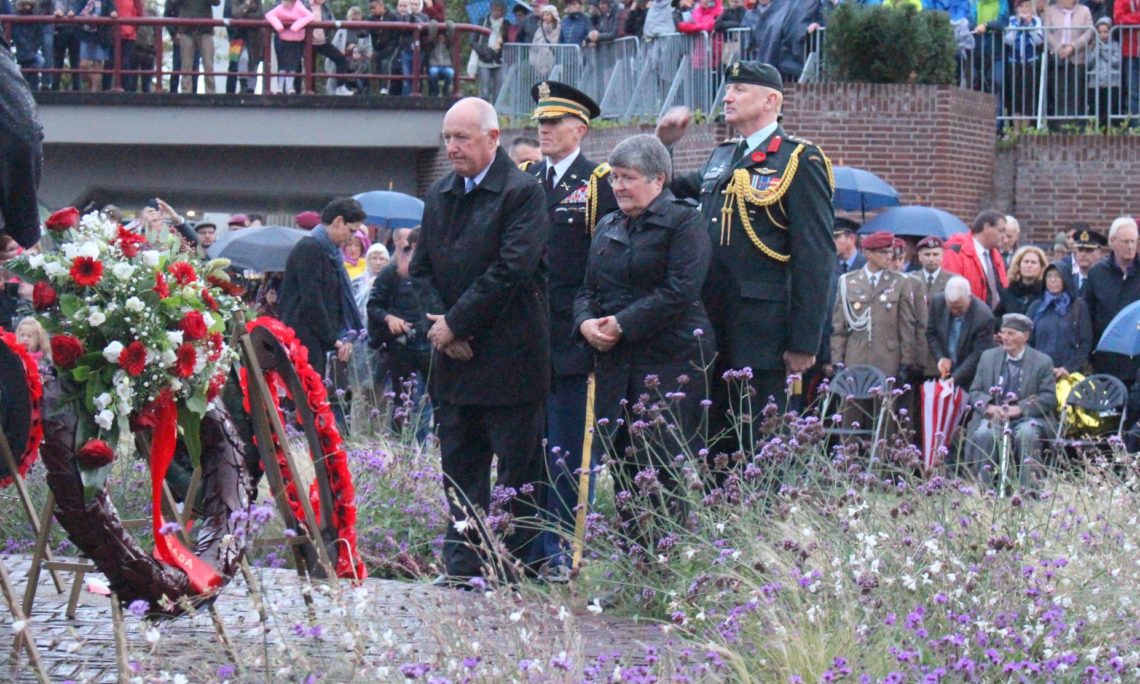 September 21-23 — Despite heavy rains, thousands showed up to pay their respects this weekend at events in honor of Operation Market Garden.  On Friday, Ambassador Hoekstra laid a wreath in Airborneplein in Arnhem to mark the 74th anniversary of the Battle of Arnhem and Operation Market Garden. Thousands of Dutch came out to pay their respects and applauded 18 British and Polish veterans who were present.  Later that night thousands stayed, despite the rain and strong winds, to watch Arnhem’s amazing Bridge to Liberation experience on the 74th anniversary of the Battle of Arnhem.

Ambassador Hoekstra attended the Multi-National Airborne Jump and Commemoration on the Ginkelse Heath drop zone on Saturday.  Hundreds of parachutists made the jump to mark events during Operation Market Garden. More than 30,000 were in attendance for this annual event. He then laid a wreath in Driel in commemoration of the actions of the 1st Polish Independent Parachute Brigade during Operation Market Garden.

On Sunday, Ambassador Hoekstra laid a wreath during the Airborne Memorial Service at the Arnhem Oosterbeek War Cemetery where British and Polish soldiers are buried.  Again, Dutch crowds came out despite pouring rain to pay their respect for those who liberated them in World War II.