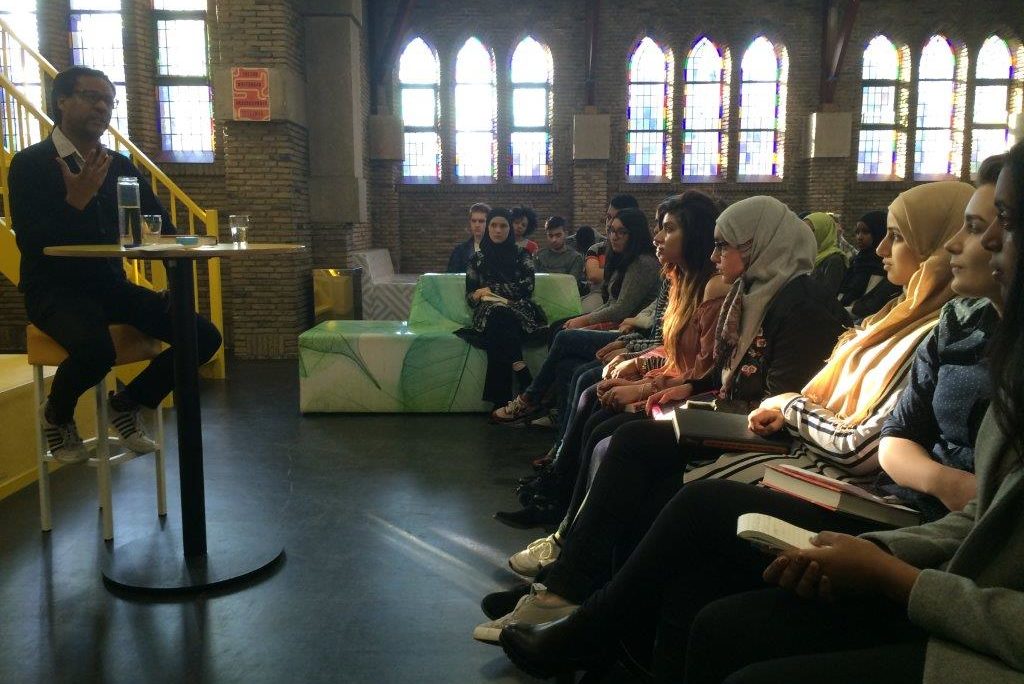 American author Colson Whitehead visited the Netherlands last week to participate in the Winternachten Literature Festival in The Hague (January 19-22). The most recent National Book Award for Fiction winner talked about his award-winning novel “The Underground Railroad,” a story about fugitive slaves Cora and Caesar in the ante-bellum South. The network of Americans, black and white alike, who helped African-Americans escape the horrors of slavery was called “the underground railroad”, bringing people to safer ground at great personal risk.  The book received rave reviews, including being picked by Oprah Winfrey for her Book Club 2.0.

Before the Winternachten Festival kicked off, Whitehead visited the Edith Stein College in The Hague. He read to and took questions from some of the more than 60 High School students in attendance. Many of the students had read “The Underground Railroad” in the original English; the Dutch translation just recently appeared. Their questions touched on the book and its characters, as well as Whitehead’s writing process. Whitehead spoke about the “joy of creating” a novel, of his personal journey to come to write a fictional book about such a serious subject as slavery, and many more things. Some of the students had literary ambitions themselves, as they recited some of their own poems on Winternachten’s talent night.