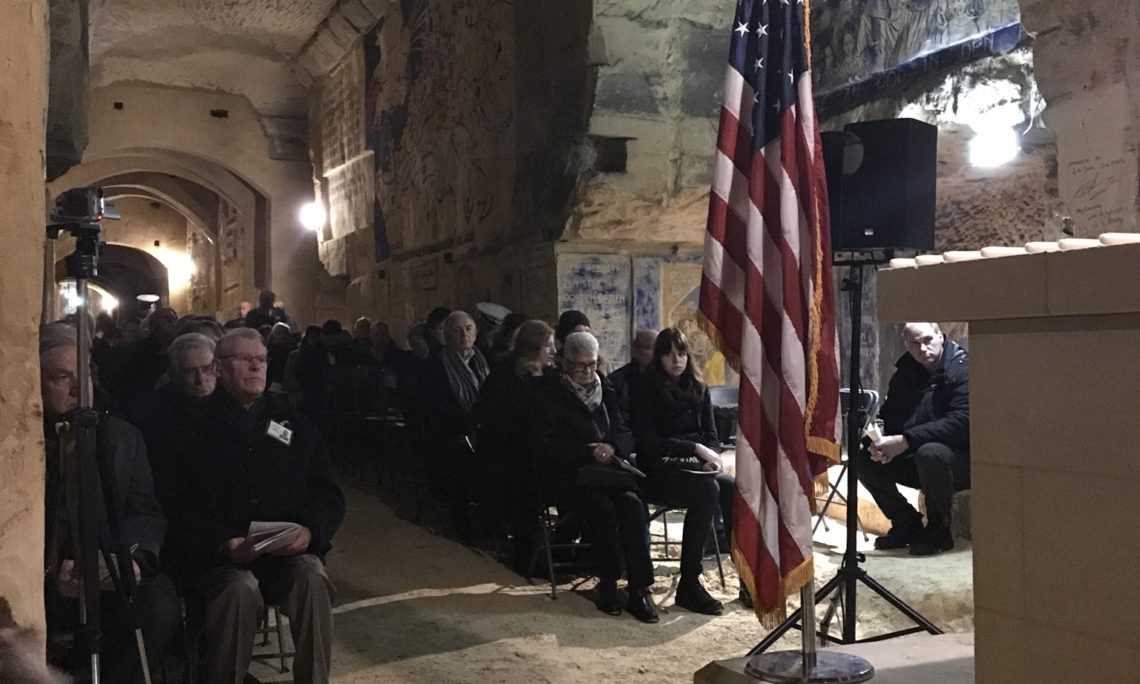 Soliders from the U.S. Army participated in the annual mass honoring the Christmas Eve Mass celebrated by American soldiers in 1944. For the second year, CDA Shawn Crowley and his wife Sabine represented the U. States Mission.

December 24th, 1944, the Dutch Brothers of the Immaculate Conception organized a Christmas Eve Mass in the Schark Cave, close to the St. Pieter’s Mountain in Maastricht.

Between 250 and 280 mostly young American soldiers, who were based in Maastricht and surrounding areas, attended this special Christmas celebration in the small cave.

This was an emotional Christmas celebration for many young men who knew they were headed to the Battle of the Bulge in the near future. The Schark Cave was a place of brief refuge in wartime as Brothers and civilians came together in solidarity.

After the Mass these young soldiers signed their signatures in charcoal on the cave wall (see photo). The Dutch foundation “Commemoration of the American Christmas Celebration 1944” (SHAK 1944) organizes this annual commemoration each Christmas Eve to honor the event.