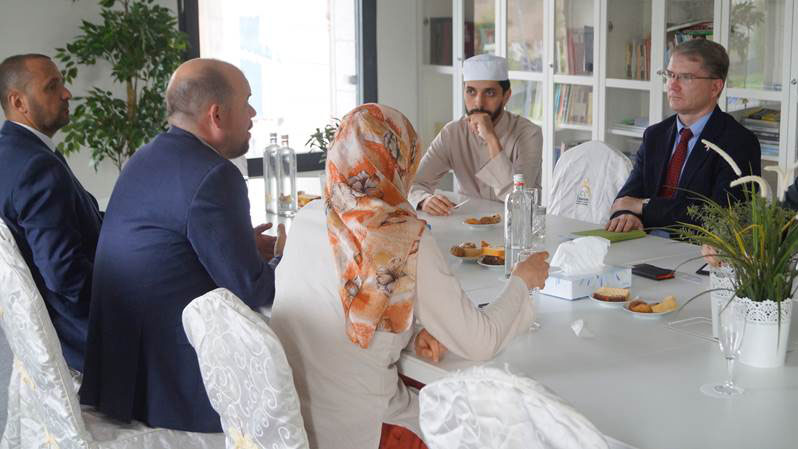 He met with Mayor Ahmed Aboutaleb to discuss areas of mutual cooperation.

During a visit to the Essalam Islamic Center, he discussed religious freedom and tolerance and had a tour with the Director and staff.

The day ended with a tour of the Port of Rotterdam and the opening ceremonies for the 39th edition of the World Port Days aboard the HNLMS Rotterdam.

Rotterdam is an important port facilitating trade between the EU and the United States.