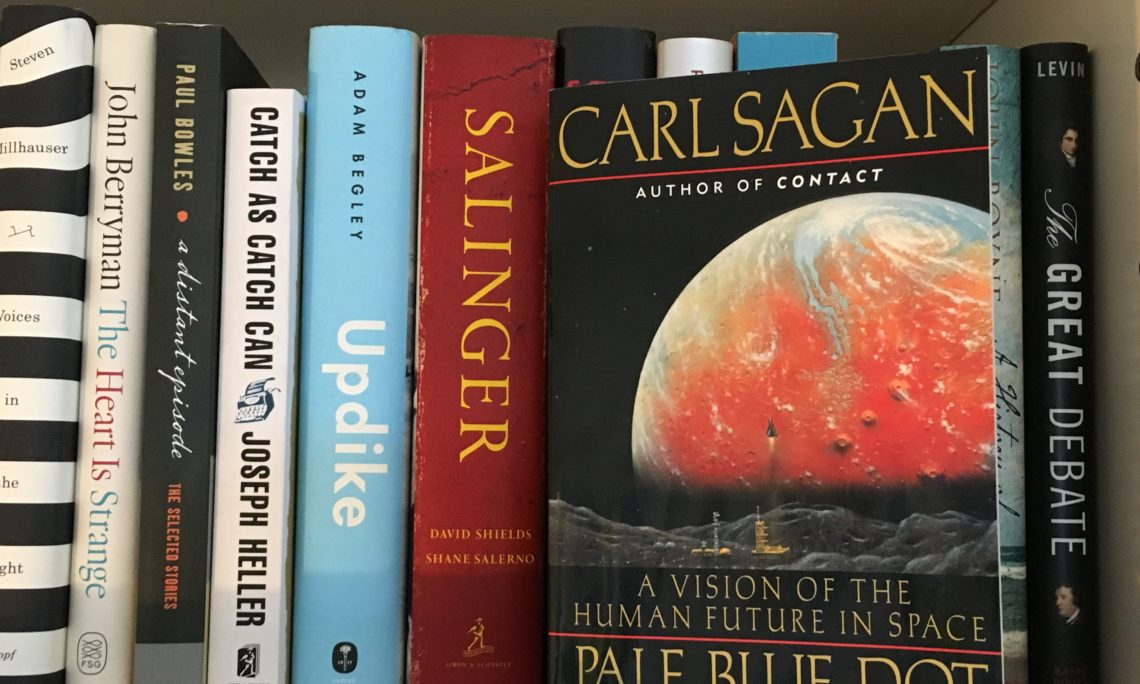 April’s book is Pale Blue Dot from imminent U.S. astronomer and Pulitzer Prize-winning science writer Carl Sagan (1934-1996). Long-time Professor of Astronomy and Space Science at Cornell University, Sagan played a leading role in advancing America’s space program, from briefing the Apollo astronauts to collaborating on the Viking, Voyager and Galileo space missions. Creator of the widely-acclaimed 1980 television series Cosmos, Sagan received countless awards throughout his lifetime, including NASA’s Apollo Achievement Award and the National Academy of Sciences Public Welfare Award, the Academy’s highest recognition. Upon its discovery in 1982, Asteroid 2709 Sagan was named after him.  In Pale Blue Dot (1994), named after the iconic 1989 photo of Earth captured by Voyager 1 as it departed our Solar System, Sagan takes readers on a celestial and metaphysical journey, challenging us to look far beyond our planet for solutions to today’s challenges, while reminding us of Earth’s precarious place in a vast universe. NASA today honors Sagan’s legacy in exploring distant planets.  Read about NASA’s ambitious goal to send humans to Mars in the 2030s.