Home Home | News & Events | On the CG’s Bookshelf: The Things They Carried by Tim O’Brien 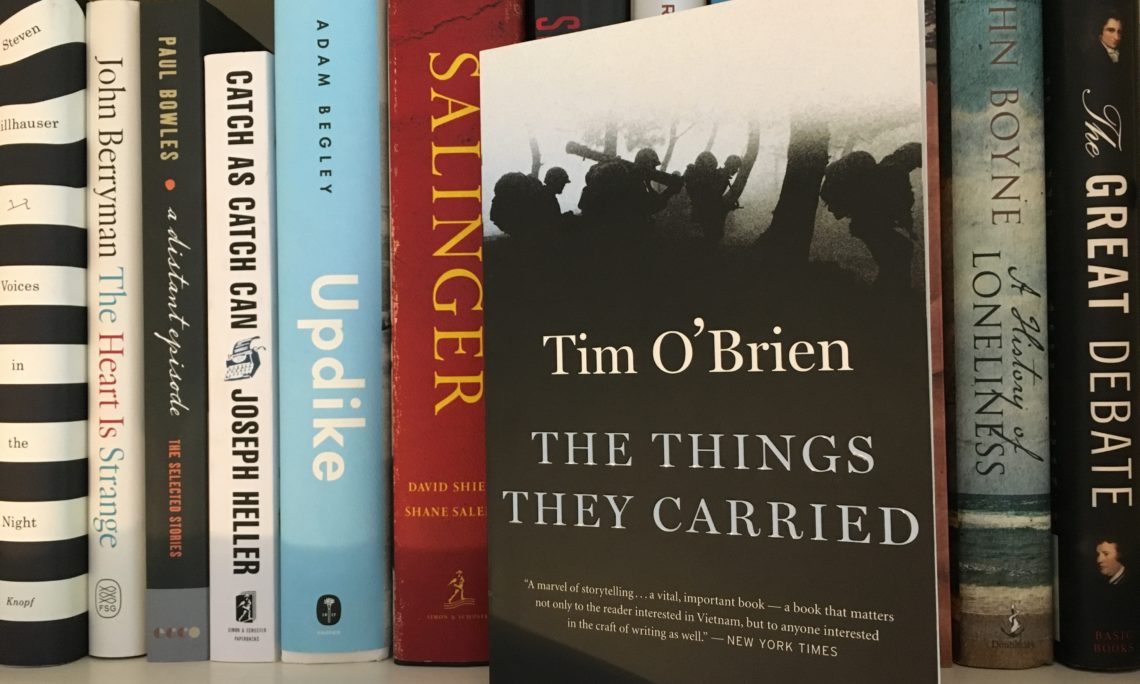 The 1990 semi-autobiographical novel blurs fact with fiction in its vivid collection of short stories tracking the lives of a fictional group of American soldiers in Vietnam and their adjustment to civilian life after the war.

Considered one of the best writers of his generation, O’Brien draws on his own experiences in Vietnam with the 46th Infantry between 1969 and 1970. In addition to addressing themes associated with the war itself, O’Brien’s novel focuses on the act of storytelling as a way to reconcile the past. Born in Minnesota,

O’Brien earned a BA in political science from Macalester College. After returning from Vietnam, he pursued graduate studies at Harvard. Today, O’Brien resides in Texas where he teaches creative writing to university students. A collection of his papers are housed at the University of Texas, Austin. We look forward to hearing your reactions to his book.