Home Home | News & Events | What’s on the CG’s Bookshelf: The Season of Migration 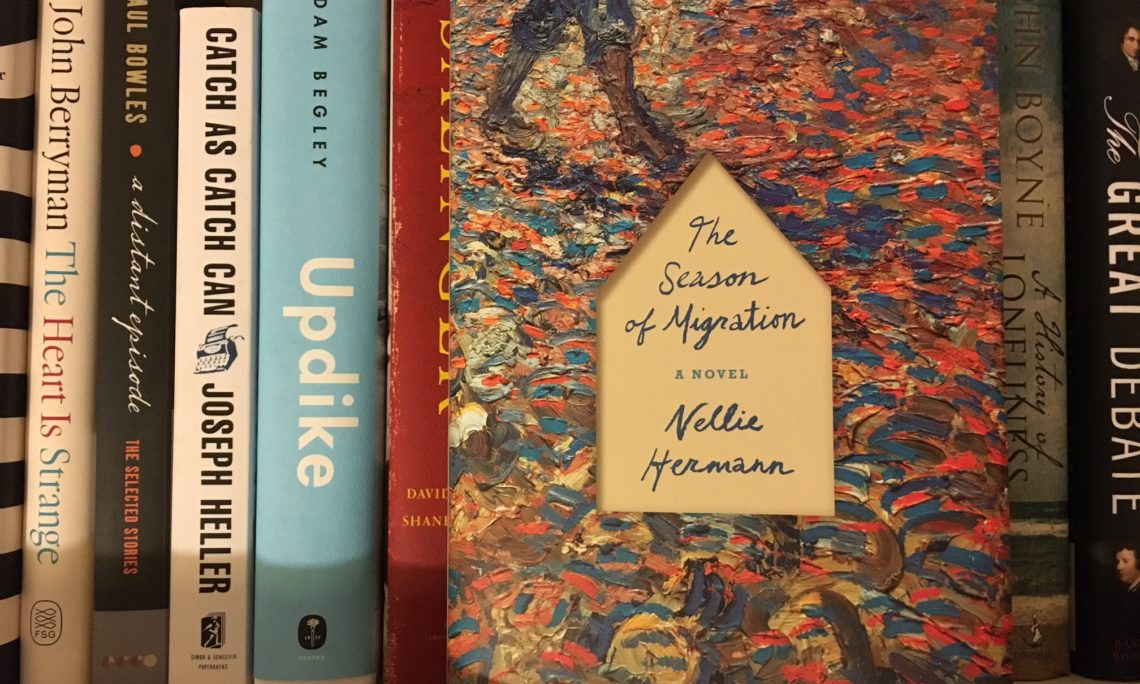 The Season of Migration by Nelly Hermann

June’s book is The Season of Migration by New York-based author Nellie Hermann.  Hermann’s second novel, published in 2015, paints a vivid picture of what Vincent van Gogh’s life might have been like during the roughly ten-months he worked as a minister in the coal-mining region of southern Belgium.  Little is known about van Gogh’s life during this period—August 1879 to June 1880.  A prolific letter writer to his brother Theo, Vincent sent no letters home.  In her fictional letters, Hermann imagines what Vincent might have told his brother regarding the Belgian miners to whom he ministered.  The harsh conditions they faced ultimately forced van Gogh to question his faith in man and vocation.  Hermann, who teaches creative writing to both aspiring writers and medical students at Columbia University, eloquently captures the changing mental state of one of the world’s most notoriously-tormented painters, years before he would emerge on the European art scene.  Drop us a note to let us know what you think about the book.  And don’t forget to check out the Van Gogh Museum (www.vangoghmuseum.nl) if you’re nearby the Consulate General.