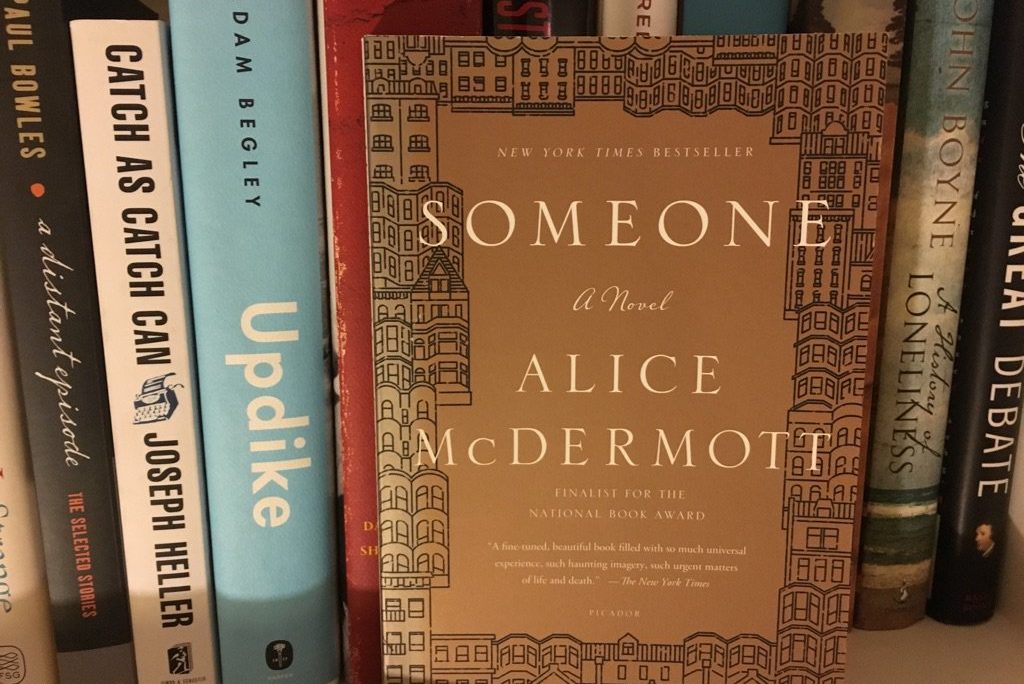 Someone by Alice McDermott

This month’s book, “Someone,” is the seventh novel by award-winning American author Alice McDermott.  Published in 2013, “Someone” recounts episodes in the life of the book’s main character, Marie Commeford, as she transitions from bespectacled child growing up in Brooklyn, to teenager, to mother, and finally to old age.  McDermott’s rich and unpretentious prose not only captures profound moments of joy, anguish, and love in Marie’s life, but also the changing times and sensibilities of Brooklyn’s Irish-American neighborhoods, from pre-Depression years, through the Second World War, and the decades that followed.  In choosing an ordinary person like Marie as her protagonist, McDermott generates empathy and understanding for not just “someone” but for all of us.  McDermott lives with her family outside Washington DC and a teaches at Johns Hopkins University.  Let us know how you get on with the book.