Home Home | News & Events | What’s on the CG’s Bookshelf: The Buddha in the Attic by Julie Otsuka 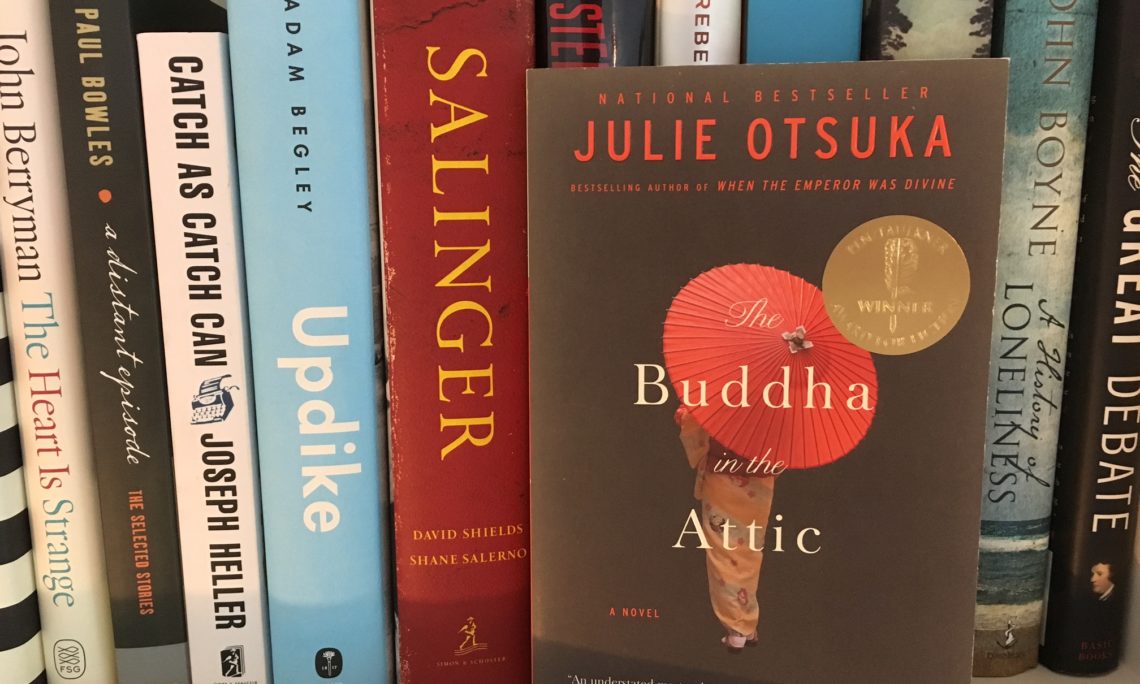 The Buddha in the Attic by Julie Otsuka

July’s book is The Buddha in the Attic (2011) by Julie Otsuka.  The novel tracks the lives of a group of young women brought from Japan to San Francisco as “picture brides” in the early 20th century.  Told in the first-person, the novel eloquently evokes the women’s day-to-day struggles in a new land:  meeting their husbands they knew only from a photograph; coming to grips with a new culture; and dealing with prejudices heightened by the onset of the Second World War.  Otsuka was raised in California before earning her undergraduate degree at Yale University and Masters of Fine Arts at Columbia.  Translated into nearly two dozen languages, The Buddha in the Attic has been recognized with numerous awards, including the Pen/Faulkner Award for Fiction in 2012, France’s Prix Femin a Etranger, and the Langum Prize for American Historical Fiction among others.  Let us know what you think.