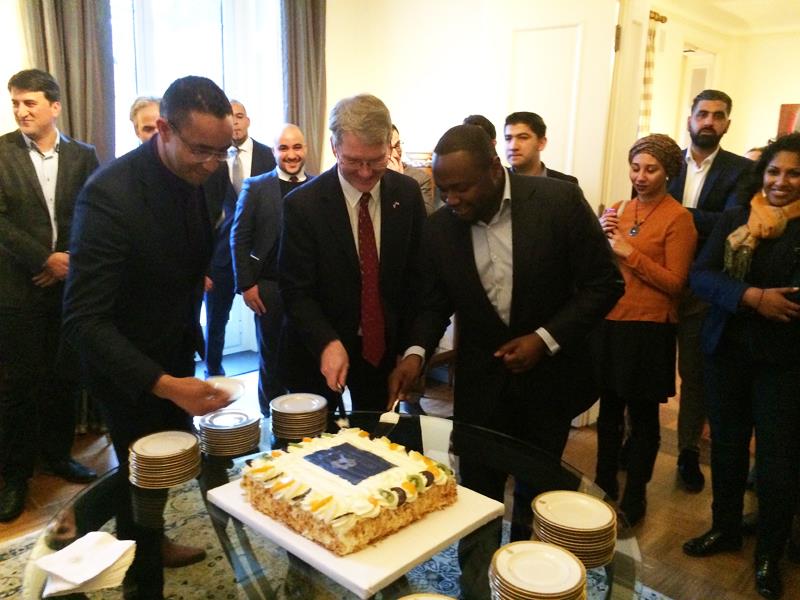 Celebrating the 1 year anniversary of the ILN

The Dutch ILN was co-founded in March 2016 by two exchange alumni, Mpanzu Bamega and Ahmed Larouz, as a local spin-off of The German Marshall Fund of the United States‘ annual “Transatlantic Inclusion Leadership Network” (TILN) in Brussels.  ILN has a goal to promote inclusive leadership by bringing together young (transatlantic) leaders from diverse backgrounds and providing them with the necessary tools to explore and develop their leadership skills.

Before cutting the cake, CDA Crowley made remarks noting that the Dutch ILN exemplifies some of the best results we can wish for through our continued investment in the various exchange programs which the U.S. State Department supports worldwide.  It provides an excellent example of sharing knowledge gained through exchanges and paying it forward..  Around 60 INCLEADERS (Inclusion Leaders) attended the event, which also launched the 2017 programs for ILN.