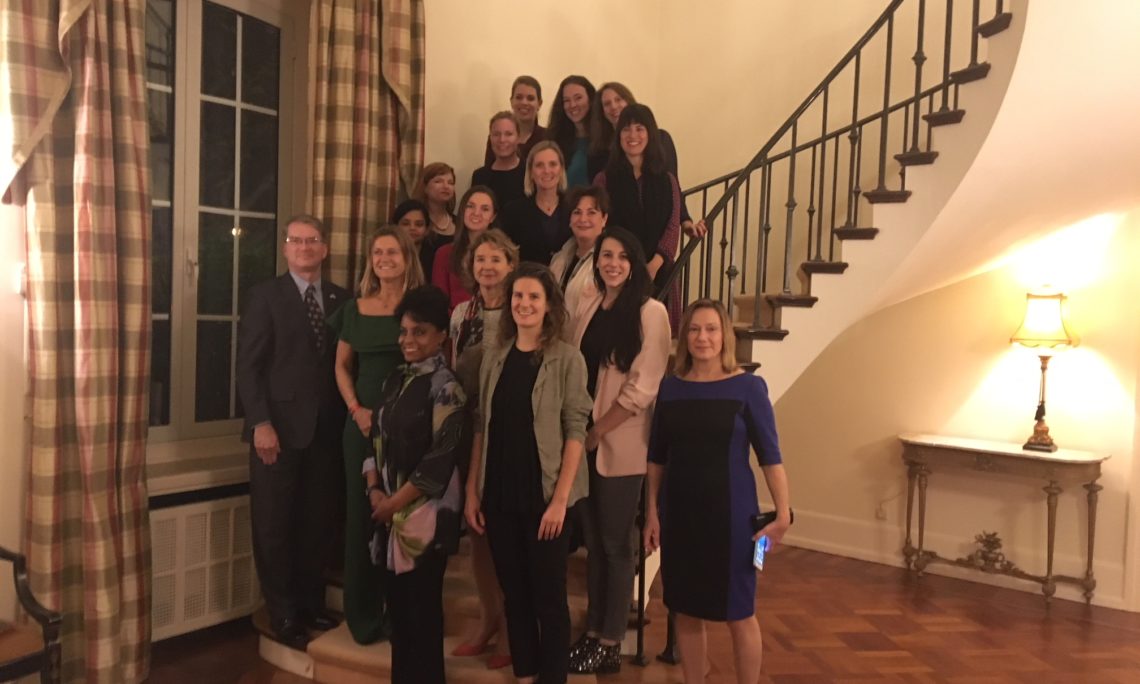 who traveled to New York this week to represent the Netherlands at the United Nations.

Sabine and I would like to welcome all of you to the U.S. Ambassador’s Residence. We’ve been without an ambassador for almost two years, but last week the Senate confirmed former Congressman Pete Hoekstra for the job. We expect him to arrive sometime in January.

Please also allow me to begin by welcoming our two guests from the United States: Dr. Sharon Freeman and Sheena Lindahl. They are both here this week for a program focusing on entrepreneurship. I would also like to welcome our Dutch guests, who have taken time from their busy schedules to be with us here this evening.

This week is Global Entrepreneurship Week, which aims to help anyone, anywhere start and scale a new business. Roughly 10 million participants take part in 35,000 events in more than 165 countries around the world. This Women’s Entrepreneurship Dinner is part of that effort, together with over 100 events in the Netherlands alone.

The Embassy is sending three participants, two women and one man, from the Netherlands to the Global Entrepreneurship Summit in India at the end of this month. They will help advance our common agenda of “Women First, Prosperity for All.”

In February, a CNBC article said, quote, “the golden age for women entrepreneurs has finally begun … as robust ecosystems churn out enterprising females equipped with inspiration, know-how and funding.” The article noted that in recent years, the number of women entrepreneurs has been growing at double the percentage rate of their male counterparts.

While the numbers are getting better, we still have work to do, in the United States, in the Netherlands, and around the world. All entrepreneurs face challenges, but women entrepreneurs in particular, face unique barriers. Sometimes these barriers are societal, sometimes they involve access to capital, and in some places there are still legal hurdles.

In the most recent Global Gender Gap Report, released in October, the Netherlands dropped for the first time in seven years to a position outside of the top 15 countries. The Dutch still ranked number 16, far ahead of the United States at 45. These rankings are low considering that more American and Dutch women pursue higher education than their male counterparts.

In Dutch companies listed in the AEX exchange, only seven percent of the boardrooms are comprised of women, while twenty-one percent of board members of S&P 500 companies in the United States are female.

We invited you here tonight for an open discussion about the opportunities and challenges for women entrepreneurs, both in the Netherlands and more broadly around the world. We hope that you will share your stories, ideas, and best practices during our dinner discussion.