Home Home | News & Events | What’s on the CG’s Bookshelf: Let it Come Down by Paul Bowles 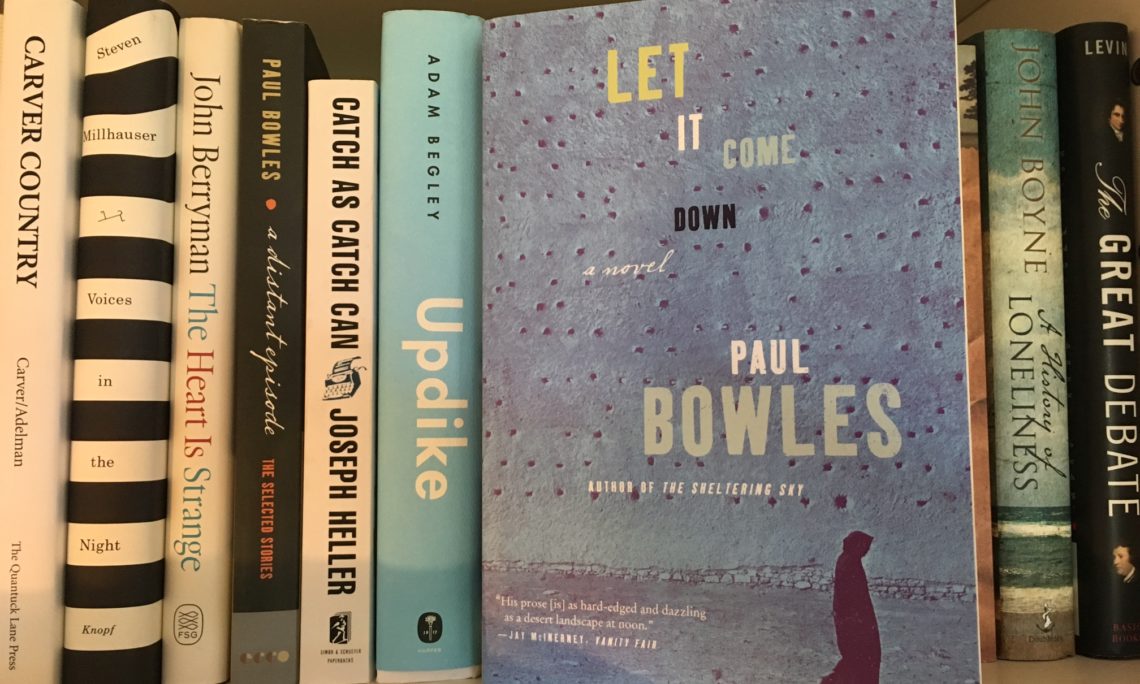 Let it Come Down (1952) by writer and composer Paul Bowles.

This month’s book, Let it Come Down (1952), is the second novel by enigmatic writer and composer Paul Bowles (1910-1999), who spent more than 50 years of his life in Tangiers, Morocco.  In addition to four novels, Bowles drafted numerous musical scores, more than 60 short stories, and dozens of translations of Moroccan authors.  His first and semi-autobiographical novel, Sheltering Sky (1949), is often considered a groundbreaking piece by an American author of his generation, and was memorialized on screen in 1990 by Italian filmmaker Bernardo Bertolucci.  Born in New York, Bowles made his first pilgrimage to Paris in 1929 where he met Gertrude Stein and her circle of literary figures.  He famously said of his time in Paris that he was not running away but was “running toward something, although [he] didn’t know what at the time.”  In 1931, he accompanied American composer Aaron Copeland to Tangiers and was instantly captivated by the city’s intoxicating but also explosive mix of Berber, Arab, and European traditions.  In Let it Come Down, Bowles depicts in raw detail the downward spiral of American bank clerk Nelson Dyar who searches for a new life in Tangiers on the eve of Moroccan independence, but instead falls prey to the city’s darkest impulses.  Bowles died in 1999 at the age of 88.  To learn more about his life and work, visit www.paulbowles.org.