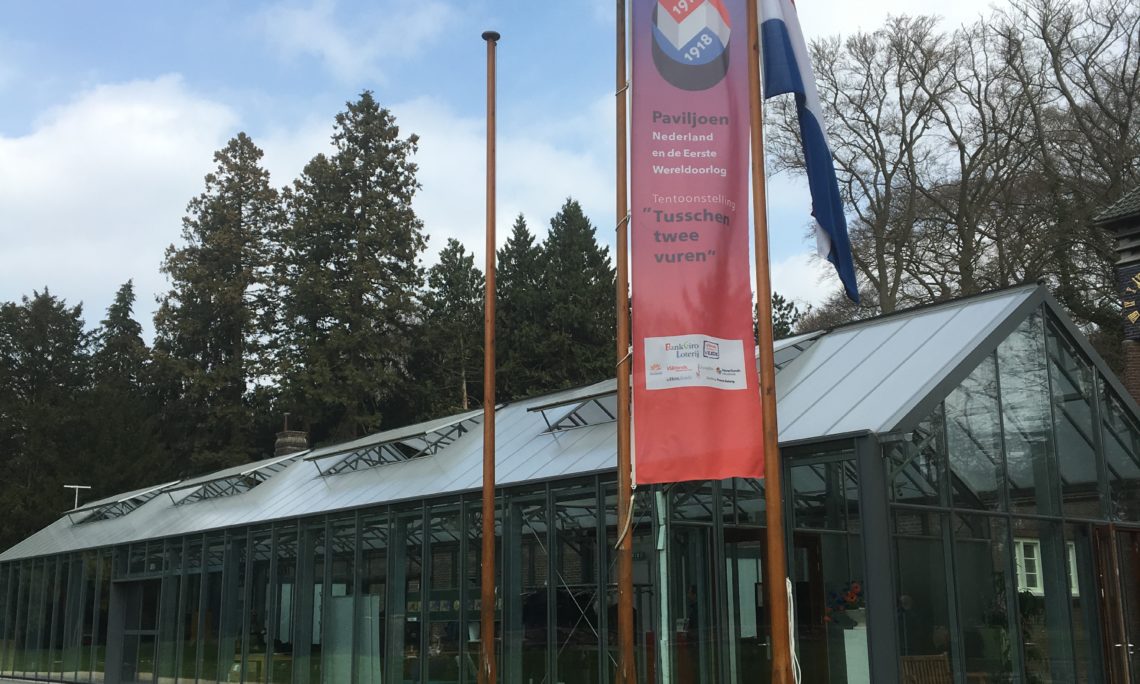 Museum Huis Doorn and Friends of Romagne 14-18 (Stichting Vrienden van Romagne 14-18) held an event In Doorn on April 14 as part of their World War I Centennial.  They presented Public Affairs Officer Sherry Keneson-Hall with the first copy of a new book entitled The Road to Romagne: An American heritage of the First World War.

The photo book was written by Diederik van Vleuten with photographs by Marco Magielse.  Both author and photographer are Dutchmen who travelled to France to photograph reminders of World War I in the Meuse region of France. The book also highlights the work of the Romagne 14-18 museum run by Jean-Paul de Vries. The program included remarks by Dr. Bob Latten, Chairman of Stichting Vrienden van Romagne 14-18 and Paul Moeyes.

Huis Doorn was the home of the exiled German Emperor Wilhelm II from 1920 until his death in 1941. It is now a museum and park. Their current exhibit explores the Netherlands and World War I. As part of their WWI Centennial events the museum will have a living history weekend May 26-27 with reenactments, classic vehicles, and more. Read more on their website.