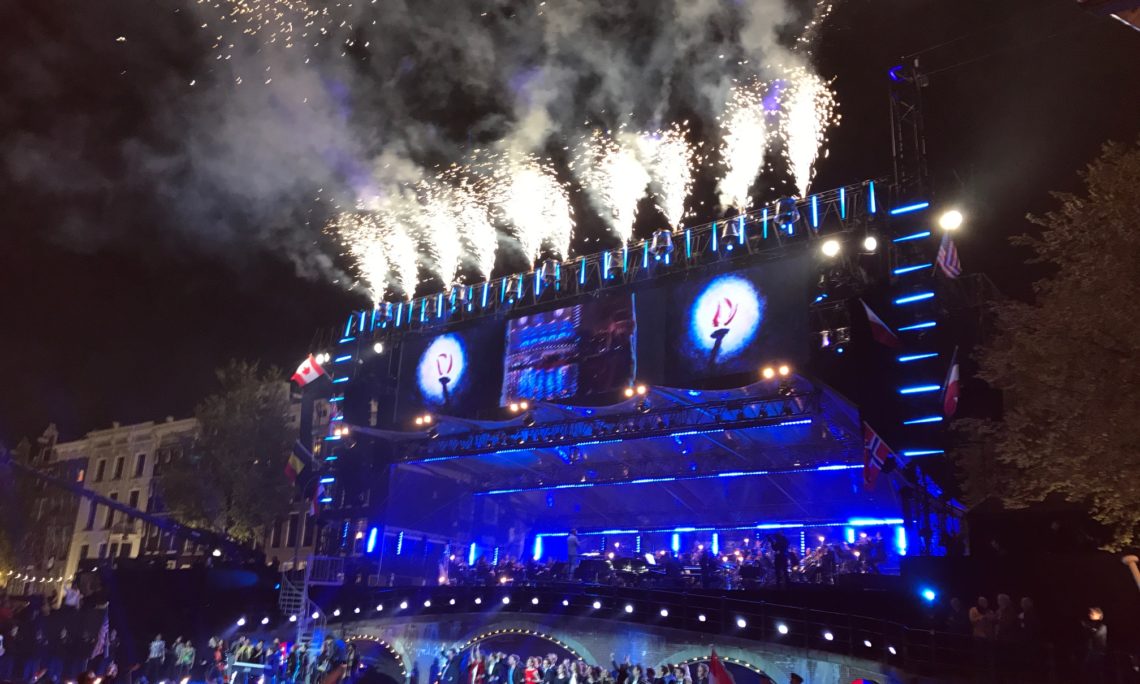 Fireworks light up the night sky in Amsterdam over the Amstel River as the Liberation concert concludes.

The soldiers took part in a tribute to the allies which included Belgian, British, Canadian, Dutch, French, Norwegian, and Polish soldiers.

King Willem-Alexander and Queen Maxima of the Netherlands looked on while the soldiers marched out with other allies.  The concert was broadcast live on television via channel NPO 1 and can be seen by clicking this link. At 1 hour and 23 minutes the tribute to the allies begins.

Thank you to NOS and NPO1 for the amazing footage and to the Nationaal Comité 4 en 5 mei for organizing the wonderful events that keep the memories of those who fought for freedom alive.