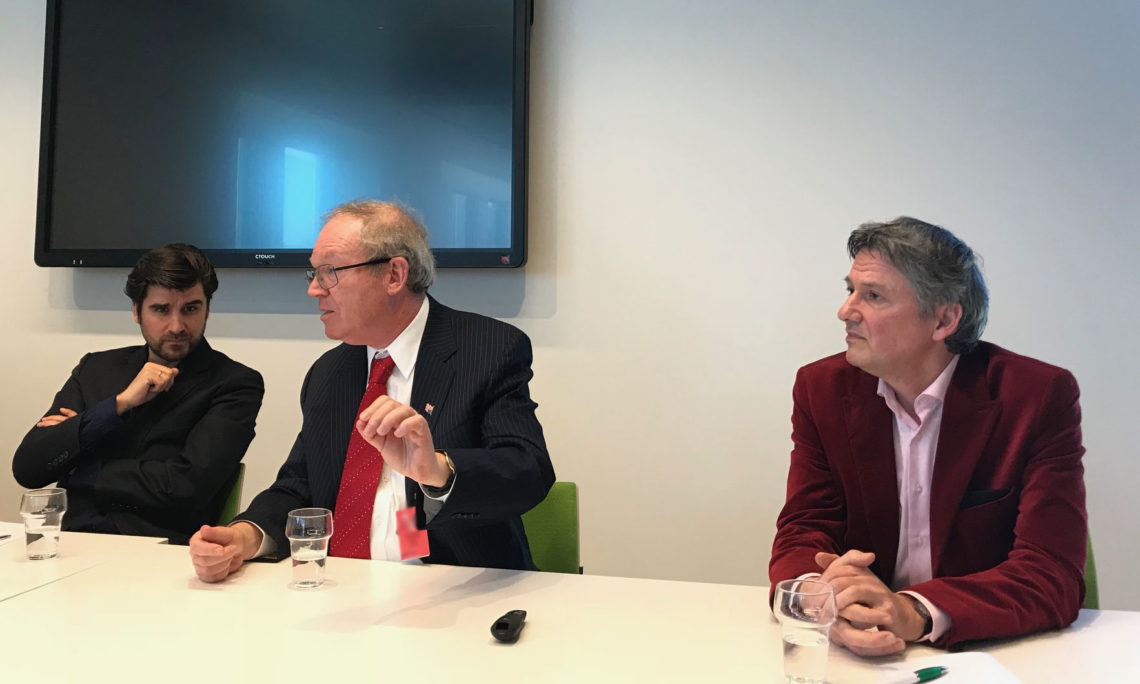 On March 14, 2018, journalists, professors, diplomats, and members of the Dutch parliament gathered at the American Embassy to listen to and participate in discussions around three presentations on digital information warfare. On the panel were Dr. Rand Waltzman, Dr. Peter Burger, and Tim Sweijs.

Dr. Waltzman is a Senior Information Scientist at the RAND Corporation in the United States. During his three days in the Netherlands, Waltzman met with professionals and students. He talked with audiences around the Netherlands who had an interest in international/transatlantic security and defense issues. Under the umbrella term of digital information warfare, Waltzman presented the idea of (dis)information to the guests at the Embassy.

Dr. Burger is a University Lecturer in Journalism and New Media at Leiden University as well as the creator of a leading fact-checker website. Building off Waltzman’s introduction of disinformation, he elaborated on how fabricating news can be used for financial and political profit.

Mr. Sweijs is the Director of Research at the Hague Center for Strategic Studies. He talked about how the weaponization of information is not a new challenge that the world is faced with.