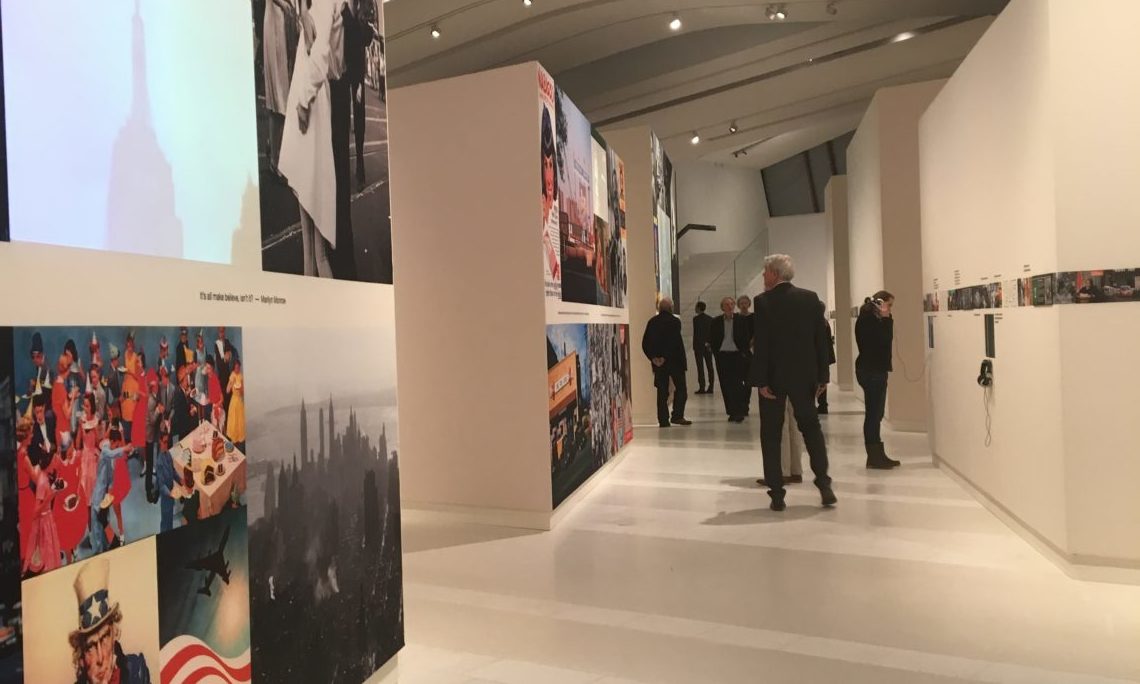 The Drents Museum in Assen, the Netherlands, opened an incredible exhibit November 18, with music, food, Elvis and Marilyn.  “The American Dream” is an exhibit that spans more than 70 years and is spread across two museums in two countries.  The Drents Museum is displaying works covering the post-war decades 1945-1965 and the Kunsthalle Emden, in Germany is featuring works from 1965 to the present.  In Assen, works by American artists such as Hopper, Wyeth, Lichtenstein, Warhol, and Rockwell will be on display until May 2018.

The exhibit brochure describes the inspiration for the exhibit as the post-war boom in creativity, consumerism, innovation, and hope.  It notes this optimism was reflected in the art world in a new form of Realism that developed to portray the daily life of ordinary people.  American Realism also showed the flip side to the American dream by pointing out societal problems, along side the successes.  The U.S. Embassy is a proud partner of this exhibit.

Many American museums loaned works, including the Whitney Museum of American Art, the Museum of Modern Art, New York, the National Gallery of Art, Washington, DC, and the Brooklyn Museum.  Works from more than 20 private collections are also on display, including works from the William Louis- Dreyfus Foundation, and the Andrew and Betsy Wyeth Collection.  Dutch museums also loaned works, including the Museum Voorlinden in Wassenaar and the Stedelijk Museum in Amsterdam.

To mark the occasion, the city of Assen installed a Statue of Liberty sculpture created by artist Natasja Bennink, which will be at the Kop van de Vaart for the duration of the exhibit.  Additionally the town was full of American flags and the festive opening ceremony included gospel and soul music.

For more information on the exhibit please click here.