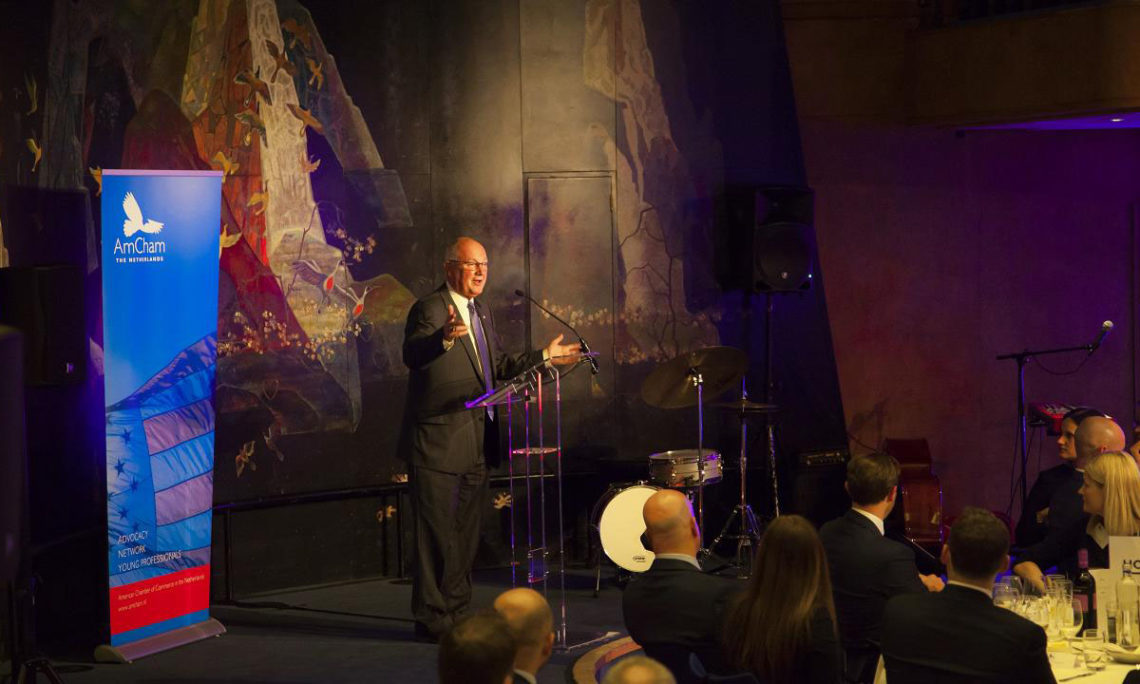 On March 27, 2018, the Rotterdam Chapter of the AmCham hosted a welcome dinner on board the SS Rotterdam to honor the arrival of U.S. Ambassador Pete Hoekstra.

Over 140 AmCham members and their guests were present to meet the new Ambassador in person. A strong representation of American companies, including Dow, DuPont, DLA Piper, ExxonMobil, FedEx, Greenberg Traurig, Philip Morris International, and Pfizer among many others attended the event.

The American Chamber of Commerce represents the interests of American businesses in the Netherlands and supports the development of U.S.-Dutch economic ties.

In his keynote speech, Ambassador Hoekstra focused on the The U.S.-Netherlands economic relationship, one of America’s deepest and most important trade and investment partnerships.

He closed his speech by telling the audience that he’s here to make the already great relationship between the U.S. and the Netherlands even better.