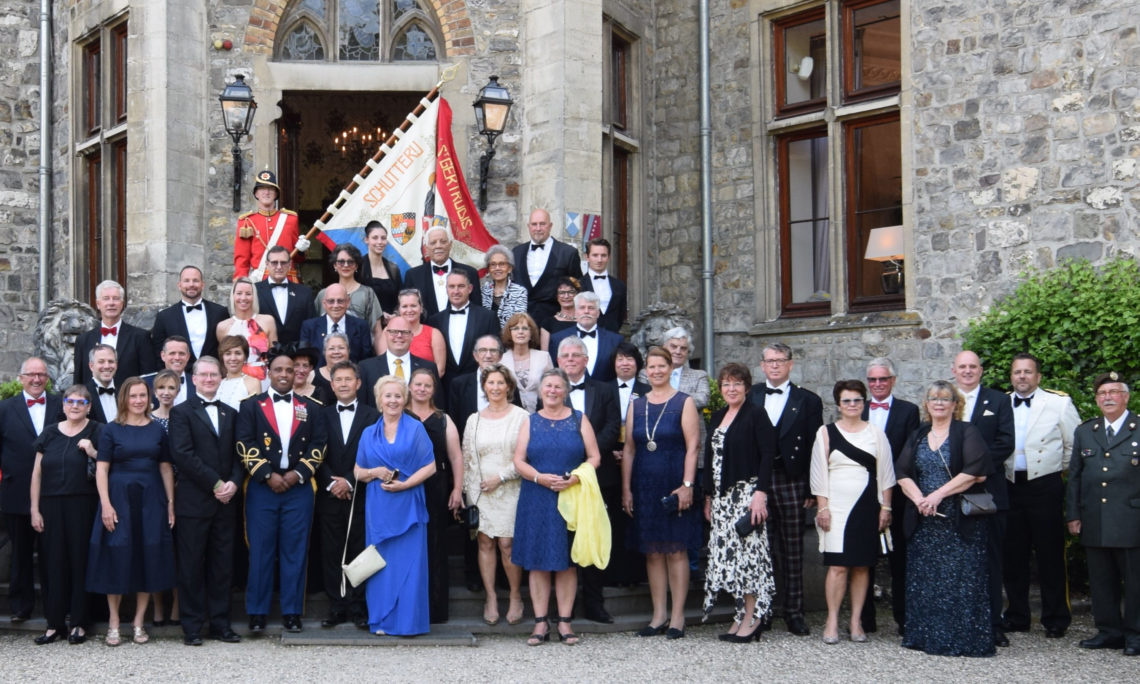 It is wonderful for Sabine and I to be here this evening.  Tonight we celebrate the American and Allied servicemen who liberated Europe in 1945.  We seek to strengthen the transatlantic cooperation that remains the pillar of our freedom, security, and stability.  I applaud you all for your dedication to the important goal of fostering this relationship.

As you know, each Memorial Day weekend many members of our American community travel to this region to pay their respects at the Netherlands American Cemetery in Margraten.  There, 10,023 men and women are honored for making the ultimate sacrifice.  Thanks to the dedication and commitment of the Dutch people, these individuals are not just faceless names on stone walls, crosses, and stars.  Instead they are remembered as special people, in part through the dedication of the Dutch families who have adopted their graves.

The “Faces of Margraten” program makes this year a special one.  Volunteers have provided nearly 6,000 photos to give real faces to the names.  This project humanizes the terrible tragedy of war and does tremendous honor to the young Americans who made the ultimate sacrifice to defeat tyranny and free Europe.

It is important to remember the past so that we can learn from it as we build a better future.  A cornerstone of that future is our Atlantic community.

For more than 70 years, Europe has had a period of unprecedented peace and prosperity.  I do not think it is a coincidence that NATO will celebrate its 70th birthday next year.

As both President Trump and my new boss, Secretary of State Pompeo, have made clear, the United States’ commitment to collective defense under Article 5 remains ironclad.

After meeting with Secretary General Stoltenberg a few weeks ago, the President stressed that NATO has been the bulwark of international peace and security.  The United States is urging all Allies to take steps to ensure that it remains so in the future.  In this regard, the President has prioritized working with Allies to make progress in meeting agreed-upon commitments on defense spending.  Such a step is in the interest of each NATO member, and of all Allies collectively.

Today we face threats to our common security from many sources.  It is not an easy task, but all of us –including all of here tonight — can make the case to our fellow citizens about why fair burden sharing is necessary.

The other pillar in our transatlantic relationship is our close strategic partnership with the European Union.  Despite our occasional differences, Europe and North America share common values.  Together we are stronger, safer, and more prosperous.

This Memorial Day, we should take a moment to think of all those who protect our freedom, as well as their families who make great and unheralded sacrifices.  In addition to our Dutch and other NATO Allies, I would like to especially thank our U.S. service members in Eygelshoven, Brunssum, Volkel, Schinnen, The Hague, and across the Netherlands.  These individuals jointly protect the values that are at the core of the U.S.-Dutch relationship, which is my country’s longest, peaceful, unbroken relationship we have with any nation in the world.  Ik ben trots op het verbond die de mensen van de Verenigde Staten en Nederland al eeuwen lang samenbrengt.  Thank you.