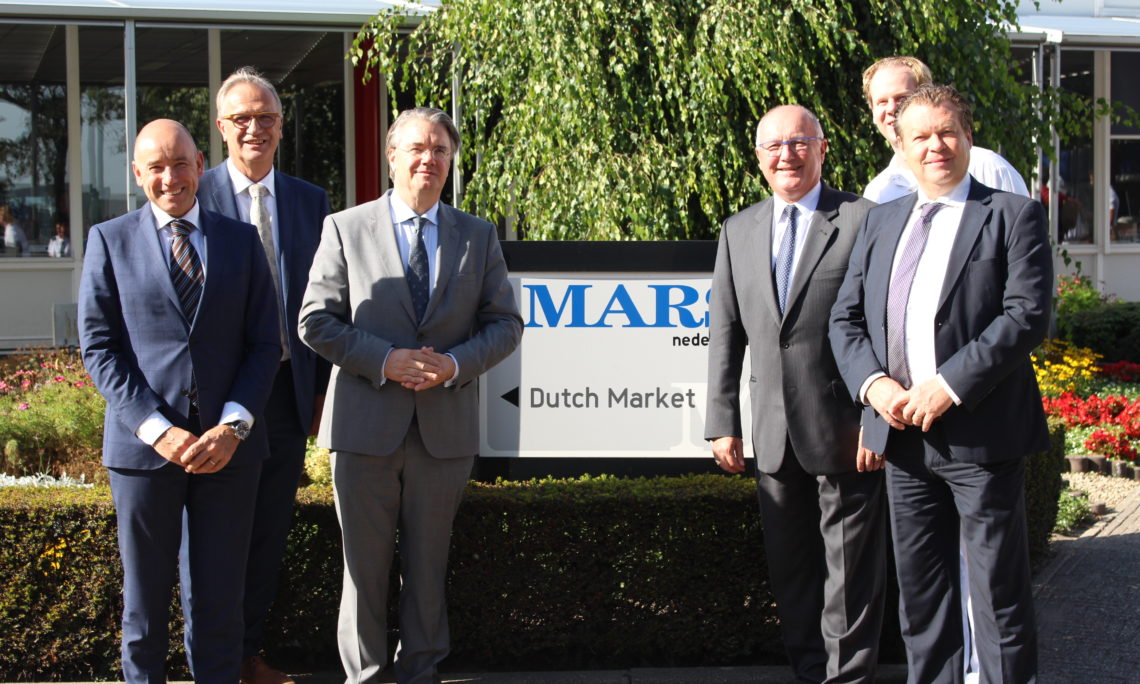 Mars NL has one of the largest chocolate factories in the world.

September 17- Ambassador Hoekstra visited the Province of North-Brabant to learn about this innovative region and to visit some of the businesses located there.  He had lunch at the Provincie Huis with King’s Commissioner Wim van de Donk, Vice-Governor Bert Pauli, and others.  They discussed the drive and motivation that make the province a unique climate for technology and innovation. They also discussed the plans that are already underway for the events surrounding the 75th commemoration of the liberation of the province in World War II in 2019.

The Ambassador then traveled to Mars Netherlands, one of the largest chocolate factories in the world.  The Dutch production site and headquarters opened in Veghel in 1963, and currently employs 1,200 people.  A second production site is in Oud-Beijerland, South-Holland, and employs another 250 people.  Mars continues to invest in its Veghel factory to expand capacity, increase the production of miniature bars to meet growing consumer demand, and improve energy-efficiency.

The tour ended with a trip to Swinkels Family Brewers.  This 300-year-old, independent, family-run brewery has more than 1,400 employees.  The company sells in more than 130 countries, including the United States, and has six breweries (three in the Netherlands, two in Belgium, and one in Ethiopia).  It makes 26 brands, producing 22 million gallons of soft drinks, and 185 million gallons of beer annually.