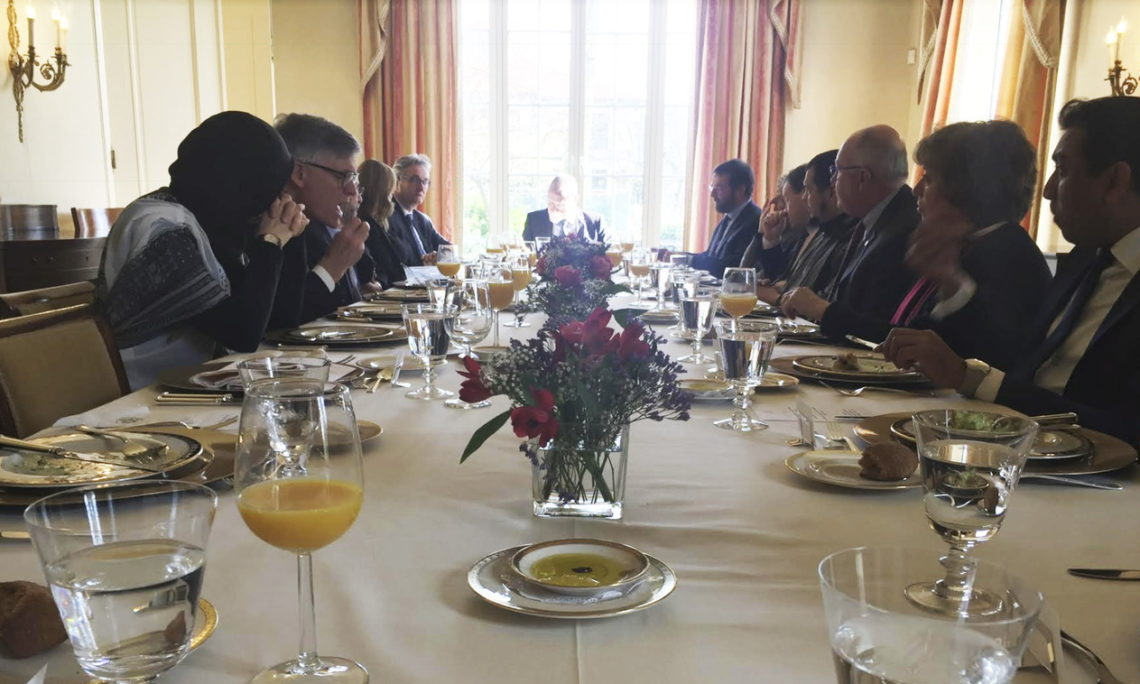 Ambassador Pete Hoekstra and his wife Diane, invited faith leaders and experts in the field of religious freedom in the Netherlands to a lunch on February 8, in honor of National Religious Freedom Day.  Leaders from various faiths discussed religious tolerance in the Netherlands and other relevant international religious freedom issues.  The dialogue provided a better understanding of challenges faced by various communities  often lead to support for educational programs

Since 1993, U.S. Presidents have declared January 16 as National Religious Freedom Day.  The day is recognized as a way of underscoring the commitment of the United States to upholding and protecting religious freedom and diversity.  It is also an opportunity to promote accountability for religious-based violence and to urge others to adopt legal protections for religious minorities and religious practices.