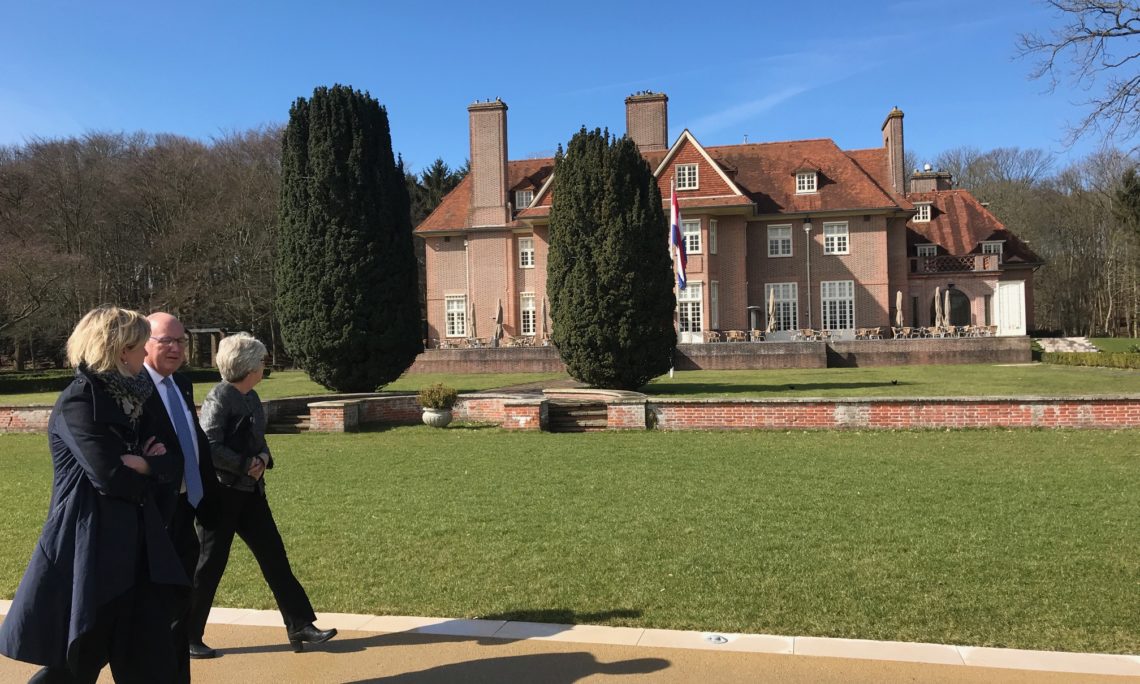 March 21, 2018 – Ambassador Hoekstra and his wife, Diane visited the Voorlinden Museum and Gardens to familiarize themselves with the American Embassy’s new neighbor. The Voorlinden is an influential local museum that connects people, art, nature, and architecture.

Currently visitors can see the first European exhibition by American traditional craftsman and sculptor Martin Puryear (1941), laureate of the National Medal of Arts (2011).  This exhibition runs until May 27, 2018.

Following the tour, Ambassador Hoekstra tweeted, “Diane and I saw the beautiful exhibit by American sculptor Martin Puryear today at @Voorlinden museum.  We’re thrilled to have such an oasis of culture near @usembthehague in Wassenaar.  We cannot wait to see the gardens in full bloom. Thank you for the tour.”