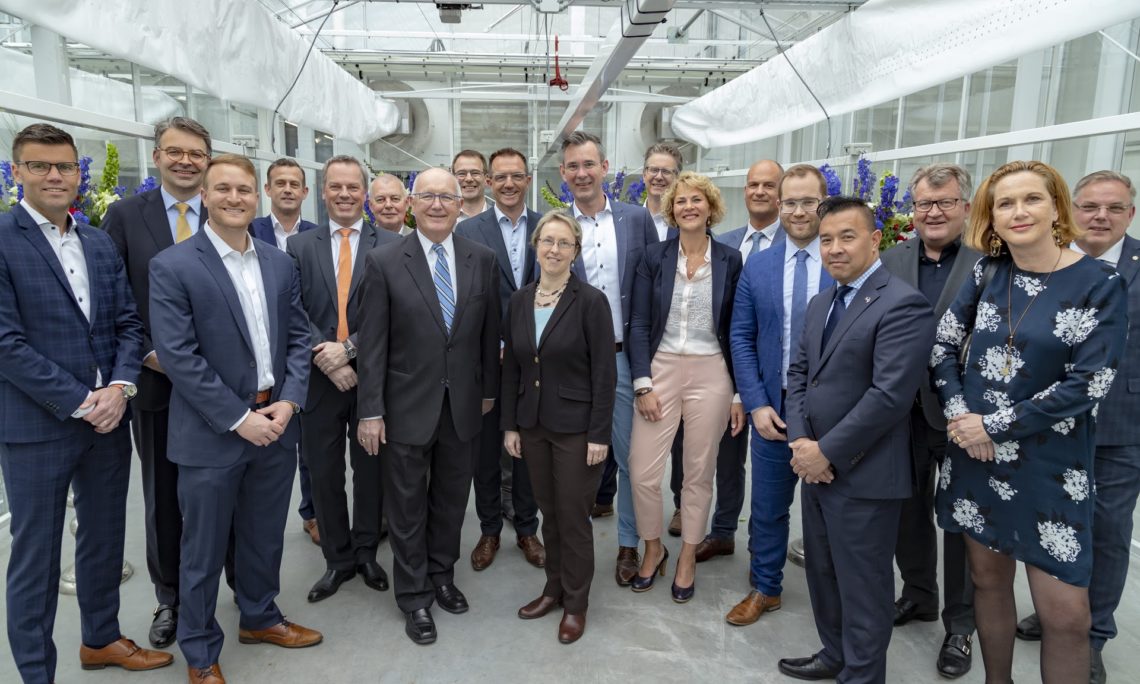 On May 1, the Foreign Agricultural Service in The Hague organized a visit of Ambassador Hoekstra to the World Horti Center in Naaldwijk in the run up to the Global Entrepreneurship Summit (GES).

The World Horti Center is a platform where business, education and government jointly innovate, connect, create, and inspire. It is an education institute for horticultural business and technology and a research center for applied plant research and technology demonstration.

Ambassador Hoekstra, and his delegation were received by Eric Egberts, CEO of Dutch Greenhouse Delta, and Erwin Cardol, director of World Horti Center. The Ambassador attended a round table discussion with representatives of various Dutch horticulture companies. Participants discussed both Dutch and U.S. horticultural issues. The main theme was the trade climate between the two countries.

Eric Egberts, CEO of Dutch Greenhouse Delta: “Ambassador Hoekstra was keen to learn more about the development of Dutch horticulture. He asked how we could ensure that Dutch horticulture continued to top the international charts. We also discussed home-grown production in the Netherlands as opposed to importing fresh produce. Finally, we at DGD expressed the wish to collaborate more closely with U.S. parties in the area of vertical farming. This is a fast-growing market in the United States.”

After the discussion, Dutch Greenhouse Delta provided a tour of the exhibition floor in the World Horti Center, where other DGD members gave short pitches. It gave Ambassador Hoekstra the opportunity to find out more about the horticultural ambitions of DOOR, Floricultura, Dümmen Orange, Certhon, Dutch Greenhouses and SPX Flow. Finally, the delegation visited the All Climate Greenhouse, which can be used to replicate the climate anywhere in the world.

A joint lunch rounded off the U.S. delegation’s fruitful visit.