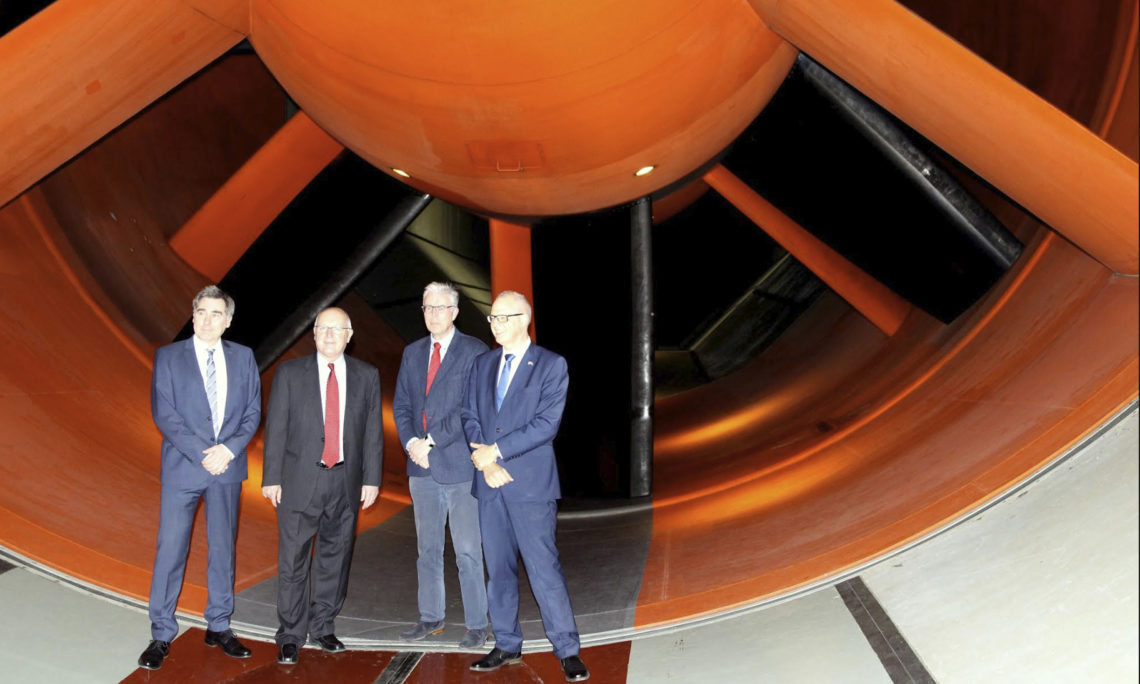 On February 20, 2019, Ambassador Hoekstra visited the province of Flevoland, the newest of the 12 provinces of the Netherlands.

The Ambassador kicked off the visit by meeting Flevoland King’s Commissioner Leen Verbeek in Lelystad. There he learned about Flevoland’s history, priorities, and challenges. Ambassador Hoekstra also informed the King’s Commissioner about the upcoming Global Entrepreneurship Summit (GES), which will be held in The Hague in June.

After meeting the King’s Commissioner, the Ambassador visited the CSMART Academy in Almere. It is the training center for the Carnival Corporation, the world’s largest cruise company. It features the most advanced simulator equipment, technology and instructional tools, which provide the Carnival Corporation Deck and Technical Officers with a superior maritime training experience.  Ambassador Hoekstra was impressed by the state-of-the-art maritime training facility.

A luncheon followed in the historic village of Urk with prominent Flevoland companies with United States trade and government officials, to strengthen the U.S. – Dutch business relationship.

The visit concluded in the afternoon at the National Aerospace Laboratory (NLR) in Marknesse. The NLR is an independent, not-for-profit organization that carries out contracts for aerospace customers from government and industry. NLR’s overall mission is to make air transport and space exploration safer, more sustainable, and more efficient. There the Ambassador saw the impressive German Dutch Wind Tunnel (DNW), which is used for aerodynamics testing.