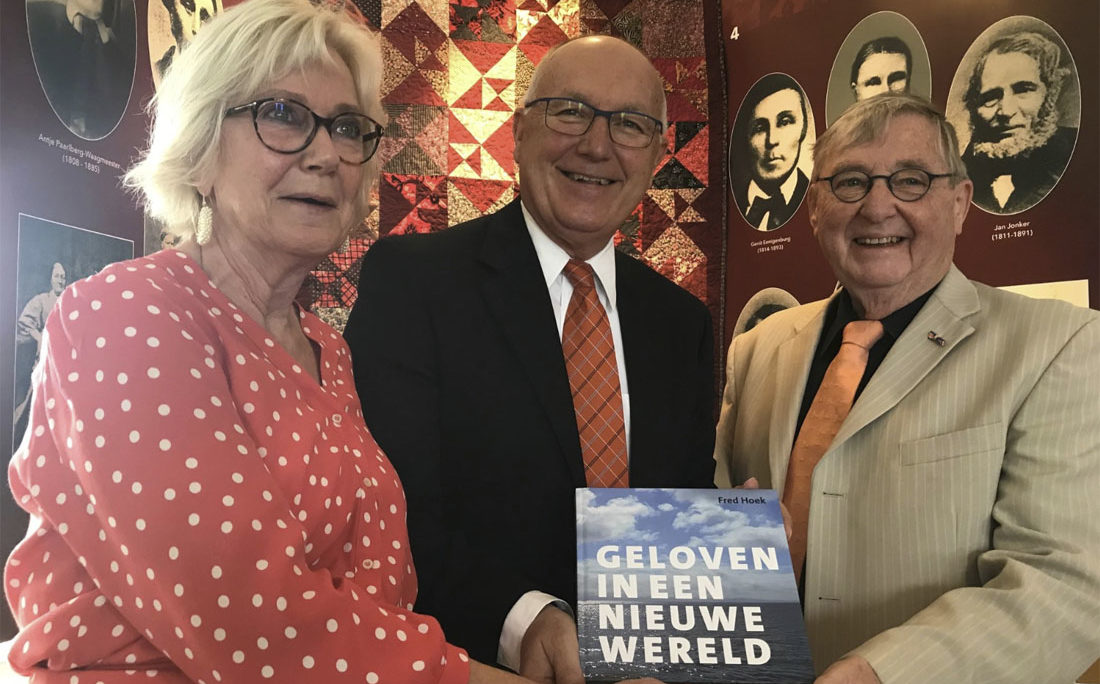 On the occasion of the opening of a new exhibition in Museum Eenigenburg, West-Friesland, commemorating the 170th anniversary of the dramatic journey to the United States by several Eenigenburg families, Ambassador Hoekstra was presented with the first copy of a book entitled “Geloven in een Nieuwe Wereld,” written by local historian Fred Hoek and specially commissioned for the exhibition.  Present at the event were also councilor Joke Kruit from the municipality of Schagen and the author Fred Hoek.

The Ambassador later tweeted: “Fascinating and dangerous journey to U.S. by Dutch families 170 years ago now unearthed by a new book and great exhibit at the lovely Eenigenburg Museum. Highly recommend a visit to this gem in North Holland.”

Later in the day, the Ambassador travelled to Leeuwarden to give remarks on the transatlantic relationship at the annual congress of AIACE-NL, an international association of former civil servants of the European Union institutions.

After the event, held in the impressive building of the Province of Friesland, Ambassador Hoekstra tweeted: “Honored to have been invited to speak to former EU civil servants of AIACE-NL on the U.S. perspective on the importance and unshakable bond of the transatlantic relationship.”