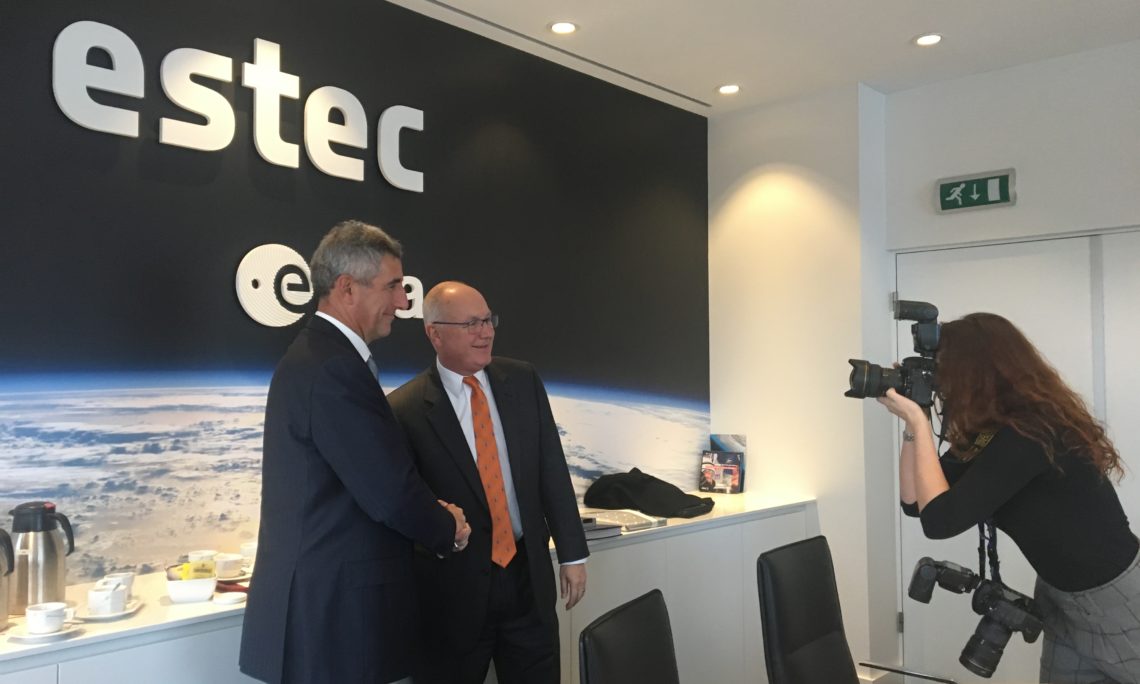 Franco Ongaro, head of ESTEC welcomed Ambassador Hoekstra and gave him an informative tour of the space engineering labs and campus. They spoke about the collaboration on future projects to the moon and Mars.

ESTEC, the largest ESA site in Europe, is the “incubator of the European space effort.” ESTEC is where ESA develops and manages all types of ESA missions including science, exploration, telecommunications, human spaceflight, satellite navigation, and Earth observation. ESTEC collaborates with other space agencies like NASA and works closely with universities, research institutes, and national agencies from ESA Member States.