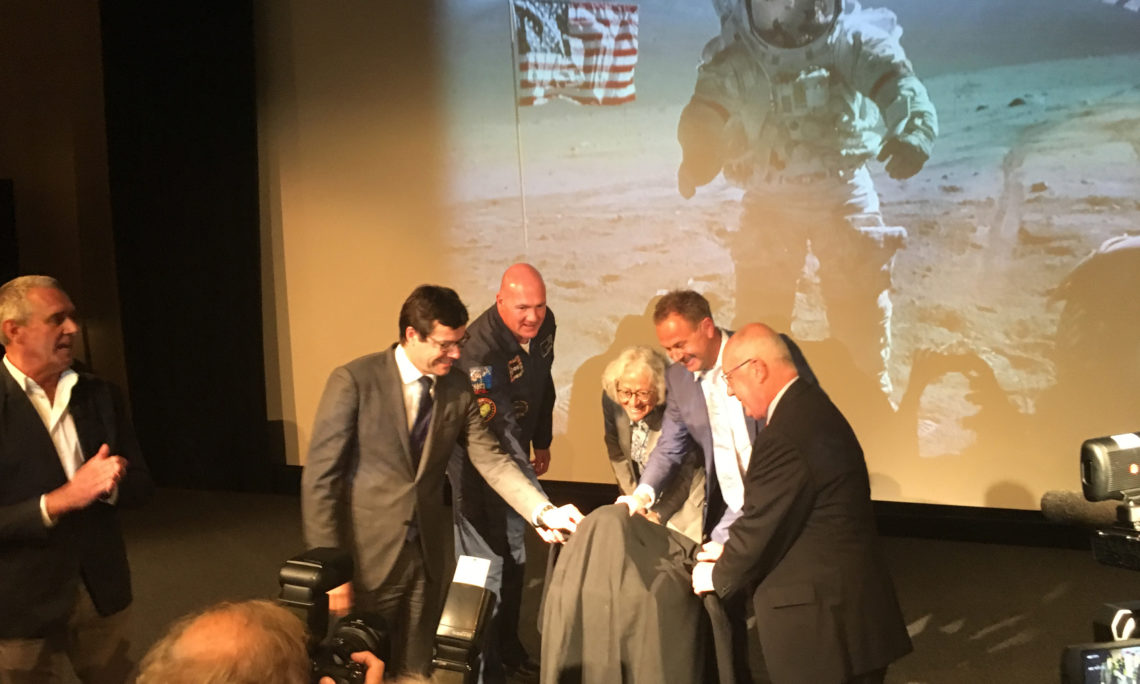 Together with Dutch astronaut  André Kuipers,  Ms. Christine van der Sman, director of Museon, and former Deputy Mayor of The Hague Karsten Klein, unveiled a special moon rock in the Museon science museum in The Hague.

The moon rock was collected by NASA’s Apollo 17 mission in December 1972. The stone is 3.8 billion years old and weighs 25 grams. It will be displayed in a special open container and can be touched by visitors.

There are more moon rocks on display in museums, but there are only 10 moon rocks in the world that are allowed to be touched. They can be admired in the Western Hemisphere and this is the only one in Europe.  The stone will become part of a special exhibition at the Museon.

The festive handing-over of the stone was done in the presence of students of the Nutsschool “Zorgvliet” and singer “Maan” who gave a performance before the opening.

The students were the first to touch the moonrock.

The Museon is a family museum for science and culture in The Hague. It has geology, biology, archaeology, history, science, and ethnology collections. In 2017, 230,000 people visited the museum.