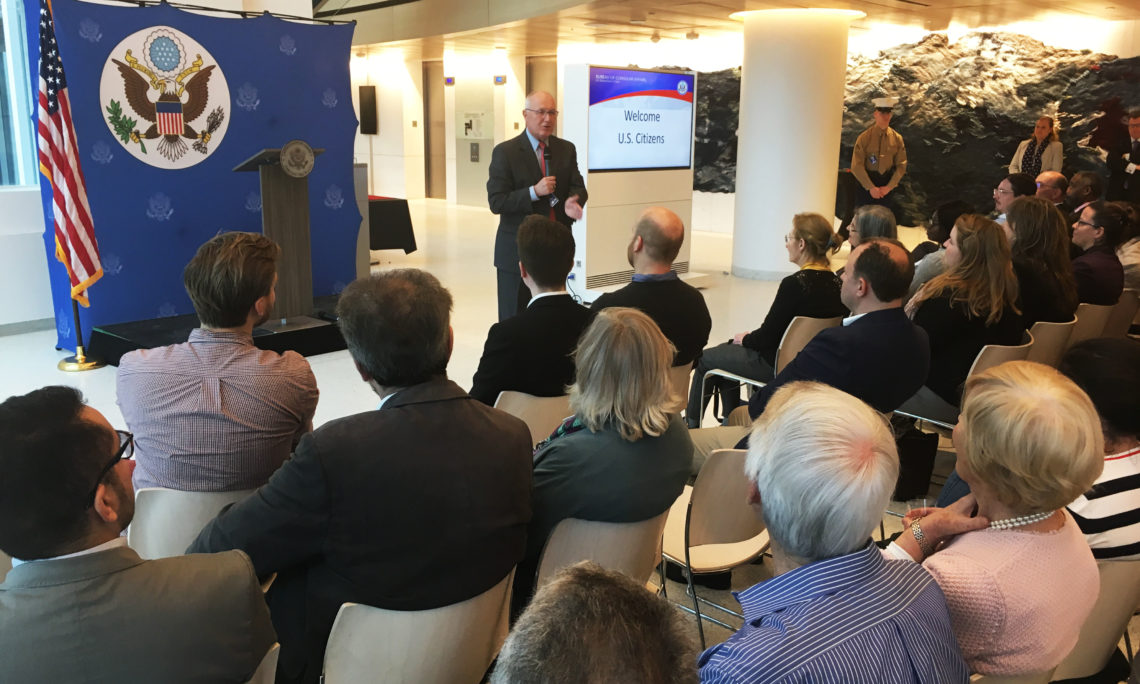 In close cooperation with the U.S. Consulate General in Amsterdam, Ambassador Hoekstra hosted a town hall meeting at the U.S. Embassy in Wassenaar for more than 80 American Citizens living in the Netherlands.

After brief remarks on the issues that the U.S. Embassy is currently working on, such as the upcoming Global Entrepreneurship Summit and the commemorations for 75 years of liberation, the Ambassador answered questions from the audience, and listened to their concerns.

After the Q and A, the audience had the opportunity to pose questions to the various sections of the U.S. Mission, including the American Citizen Services and U.S. Customs.

The event was greatly appreciated by the participants.