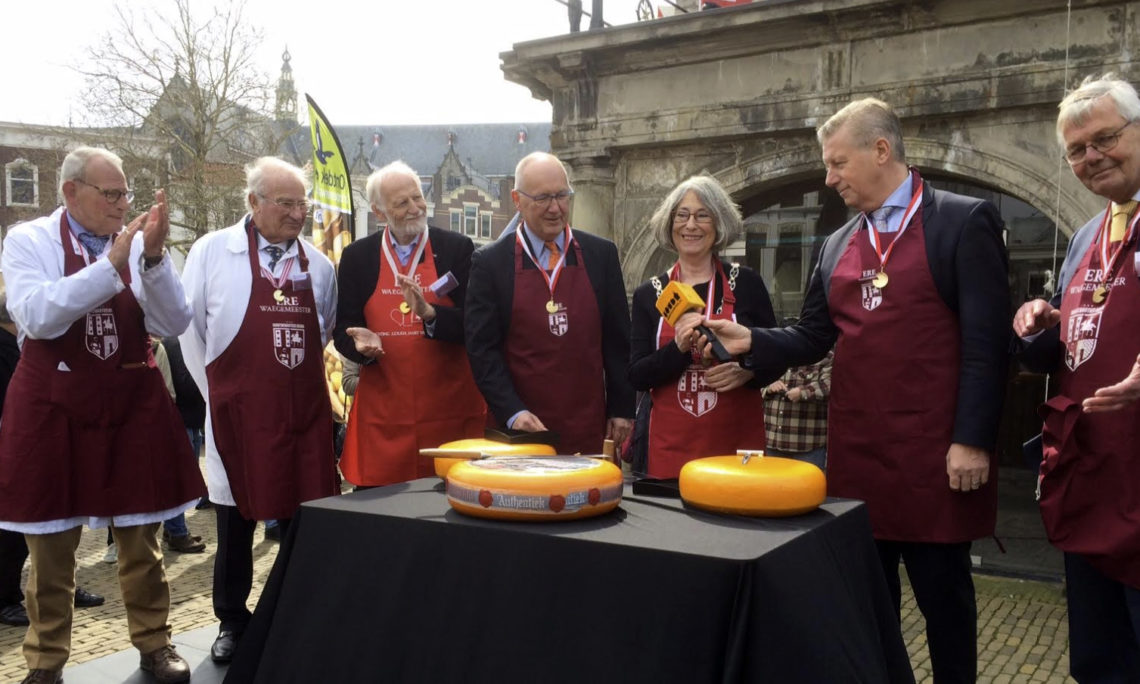 After a tour with Mayor Salet of this world famous cheese market, museum director Marc de Beyer showed the Ambassador and his wife the collection of Museum Gouda, including the beautiful 16th century religious art and impressive scale model of the historic city.

The visit to Gouda finished with the Ambassador taking part in another great Gouda tradition – being installed as Honorary Weighing Master, organized by Genootschap Graaf Floris V.