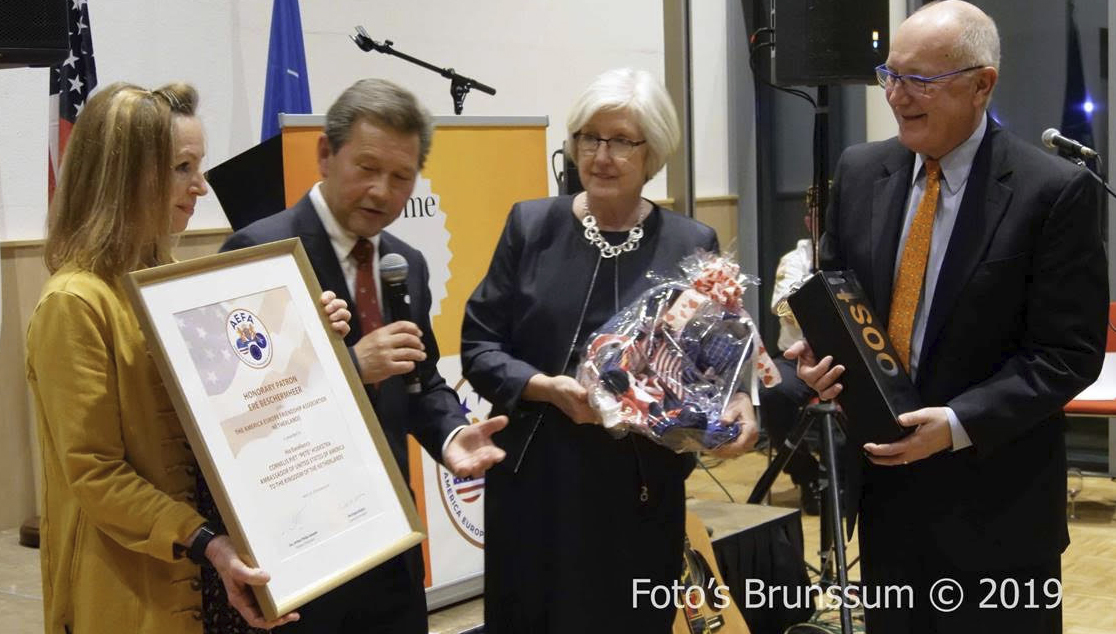 On March 29, 2019, Ambassador Hoekstra spoke at an event organized by the America Europe Friendship Association (AEFA) in cooperation with the Municipality of Brunssum.

The AEFA aims to strengthen the transatlantic relationship, particularly from Limburg but with inclusion of international members. AEFA also promotes a better understanding of the activities of international organizations such as NATO and the EU, and works to honor Allied fallen soldiers and veterans.

At the end of the evening it was announced that the Ambassador from now on will serve as Honorary Patron of the America Europe Friendship Association (AEFA).