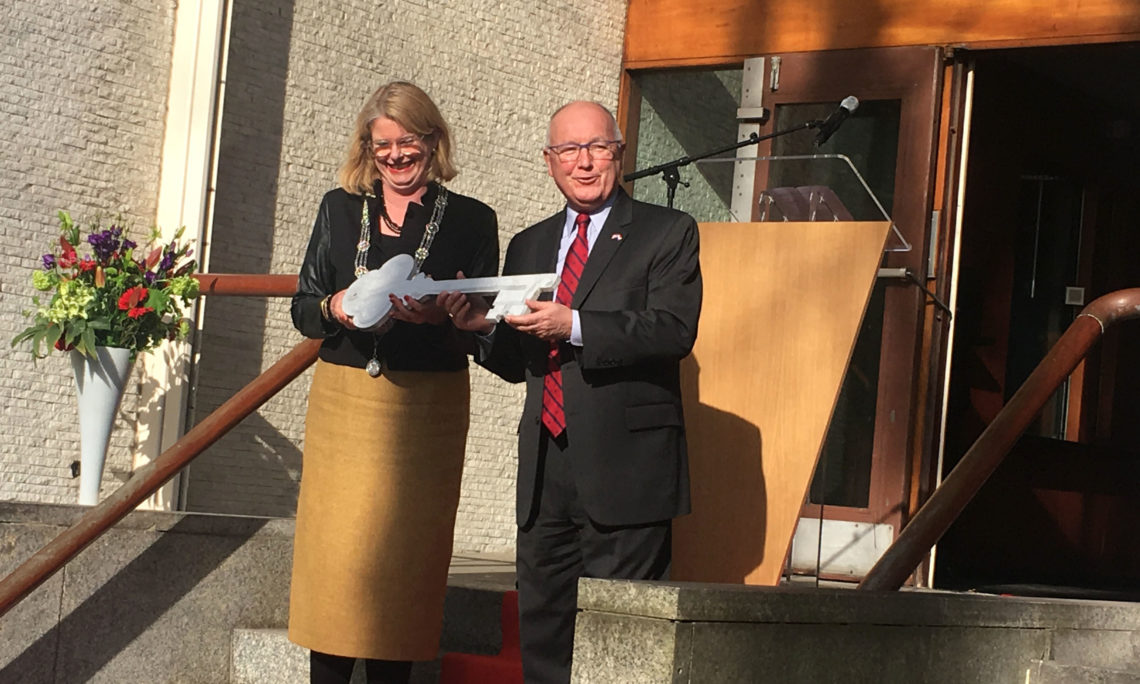 March 5, 2018 – Ambassador Pete Hoekstra was delighted to hand over the key for the old U.S. Embassy at the Lange Voorhout to Mayor Pauline Krikke of Gemeente Den Haag, who promised to give the building a good second life.

For nearly 60 years, from 1959 until 2018, the U.S. Embassy in The Hague was located in this building, designed by famous Hungarian-American architect Marcel Breuer.  The 287 trapezoidal windows made it a typical landmark in The Hague’s city center.

After the offical event, Ambassador Hoekstra and Mayor Krikke toured the building, which is listed as a national monument.

Mayor Krikke called it an “iconic building” dating from the Marshall Plan era and “of great symbolic value because of the long-term good relationship between the United States and the Netherlands.”