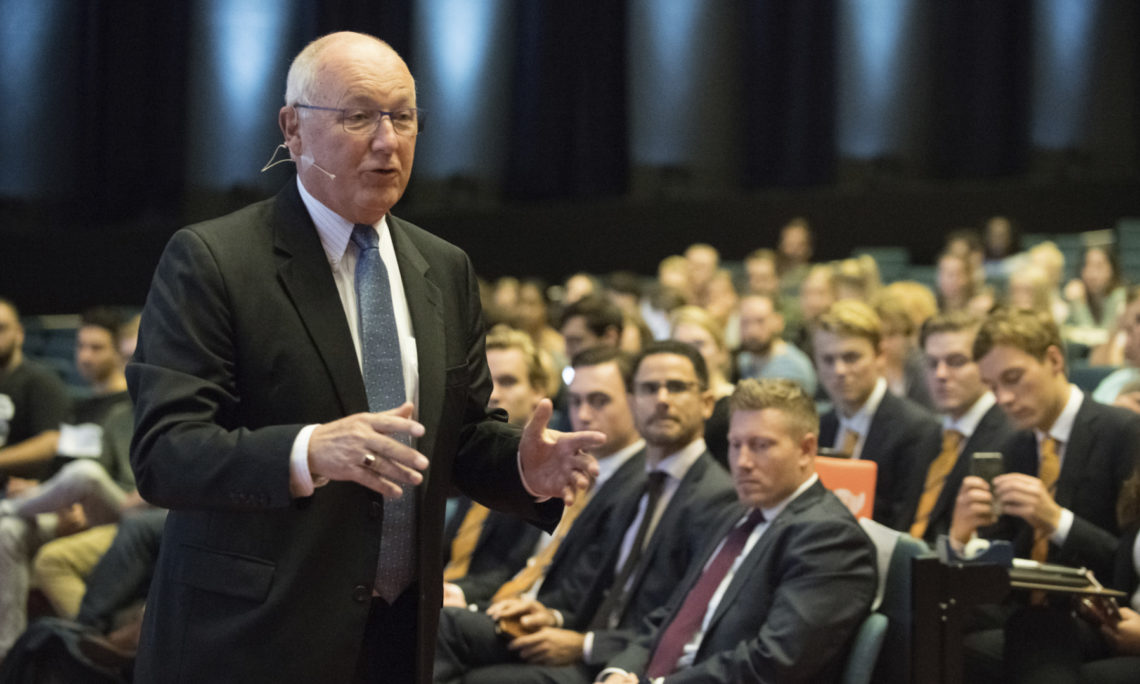 By the invitation of Dr Julian Emami Namini,  Ambassador Hoekstra spoke at the Erasmus University Rotterdam’s School of Economics on the recent developments in the Dutch and EU economic relationship with the United States.

A large and engaged group of students asked the Ambassador questions concerning trade, tariffs, and other economic issues. There were about 500 students in attendance.

Erasmus University (30,000 students, of which about 4 percent are American) is one of the top business schools in the Netherlands and was founded in 1973. The Erasmus School of Economics (ESE) is considered one of the three largest faculties within the University.

According to U.S. News & World Report, Erasmus University Rotterdam belongs to the top three universities in Europe in the field of economics and business.