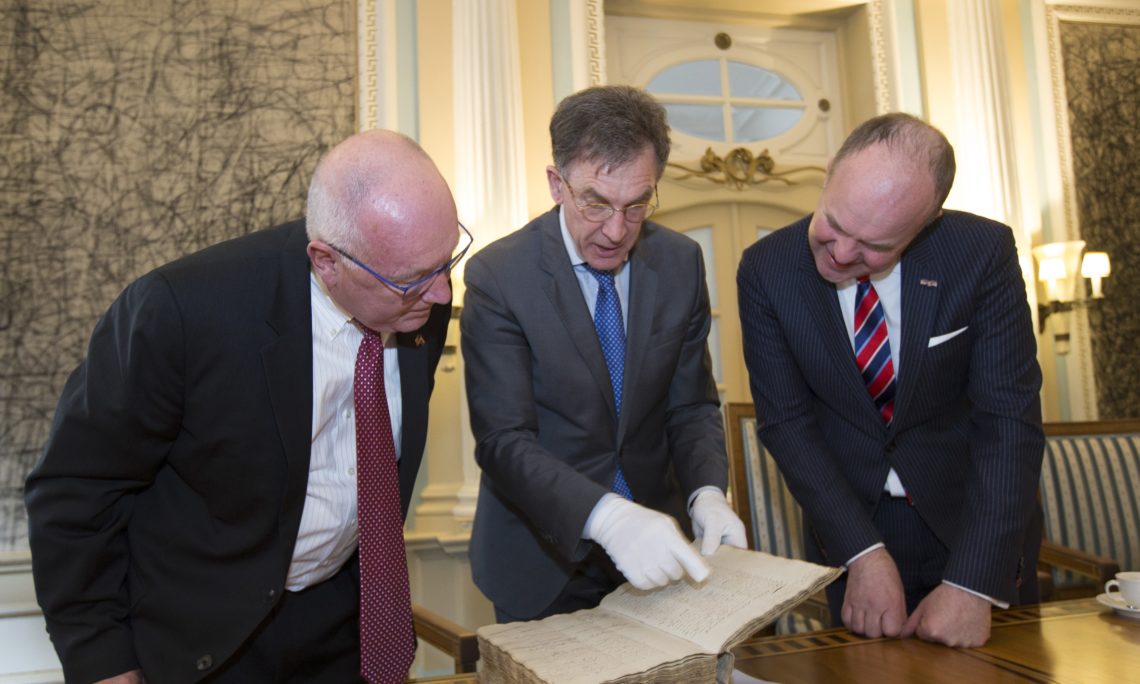 Ambassador Hoekstra travelled to Friesland April 11 and 12, to strengthen cooperation between the Mission and the province. The Ambassador participated in a handful of political and cultural events over the duration of his stay.

He met with the King’s Commissioner to Friesland Arno Brok in Leeuwarden, where they discussed the economic and historic relationship between the province and the United States. He learned that there are more Hoekstras in Friesland than anywhere else in the world.

Gurbe Douwstra, “the Frisian Johnny Cash” welcomed Ambassador Hoekstra to Leeuwarden during a visit with officials from Leeuwarden-Friesland European Cultural Capital 2018.  This year Leeuwarden will host over 250 local cultural initiatives with a strong pan-European dimension.

After hearing from representatives of U.S. companies in the region, the Ambassador then travelled to Assen to visit the American Dream exhibit at the Drents Museum. Here he spoke at an event for the launch of a new book about Harcourt Klinefelter, the press secretary for Dr. Martin Luther King Jr. written by Katrien Ruitenburg.

There he met the men and women of the 142nd  and 123rd fighter squadron of the Oregon National Guard and learned about the capability of the Dutch military and the cooperation between our nations.

He finished his trip up north with a visit to the Royal Navy headquarters in Den Helder to hear about the capabilities of the Dutch Navy and to visit with senior officers.

Photo Gallery of the visit