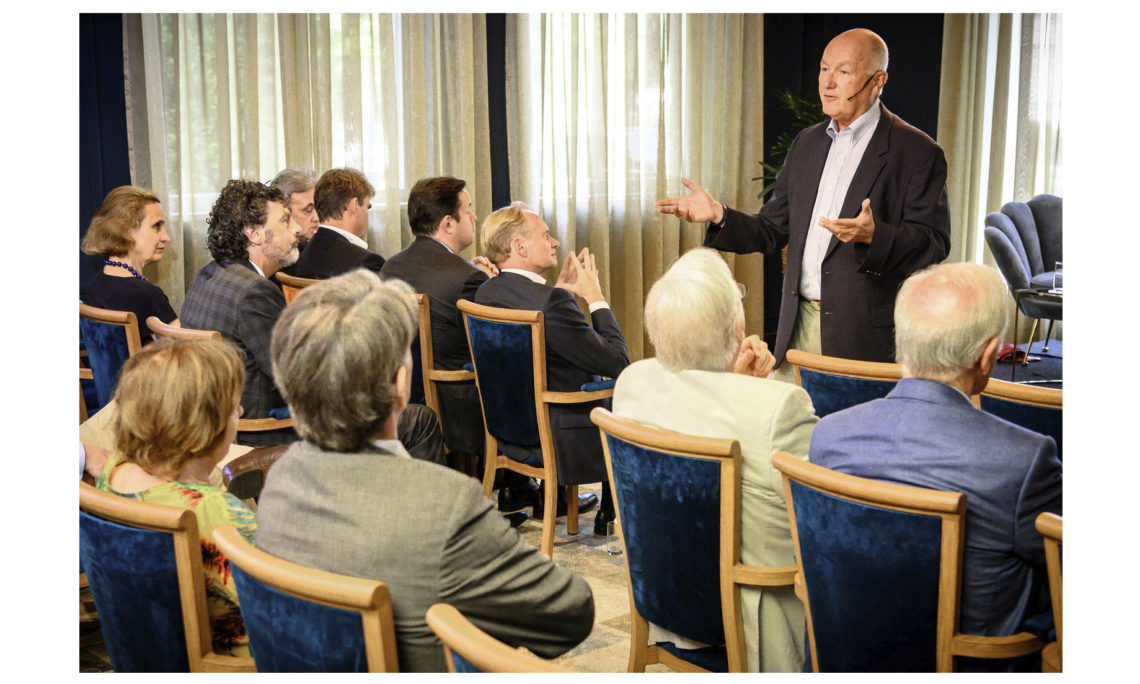 On June 25, 2019, Ambassador Hoekstra spoke to more than 80 members of the local chapters of  “De Maatschappij” at the Carlton-Ambassador Hotel in The Hague.

Founded in 1777,  “De Maatschappij” is the oldest network organization in the Netherlands.

The Ambassador talked about recent geo-political developments and the Dutch-U.S. relationship in particular.

Willem Post, a well-known Dutch historian and America expert, talked about the 2020 elections in the United States.

The evening concluded with a lively Q and A with the public, Some interesting questions on the Dutch Defense Budget, the United States relationship to the Dutch Caribbean and the changing role of diplomats were posed.

The audience enjoyed the event and found it very interesting to learn about the Ambassador’s views on subjects like Syria, NATO’s 2% and 5G.