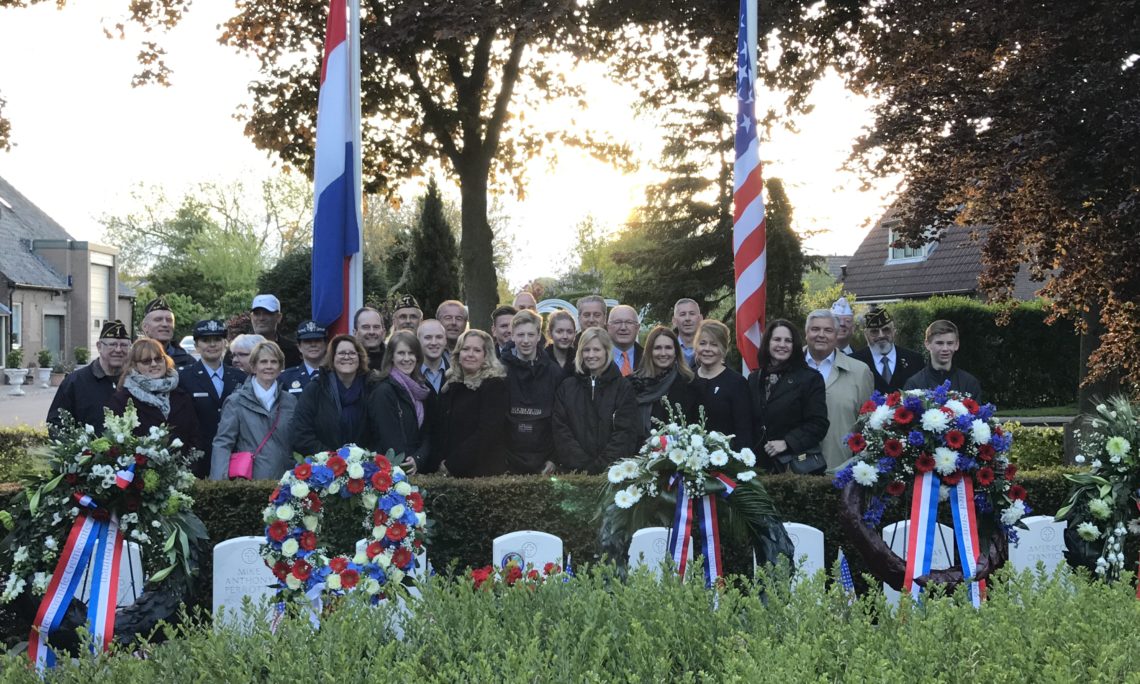 American veterans and General Patton’s Granddaughter Helen Ayer Patton were at the ceremony at Opijnen cemetery with the Director from the 101st Airborne WW11 Museum in Bastogne.

May 4 is Dutch Memorial Day.  Ambassador Hoekstra and Colonel Trevor Nitz, the chief of the Embassy’s Office of Defense Cooperation went to Opijnen to honor those who gave their lives to store freedom in Europe during WWII. The eight gravestones of U.S. servicemen in the Dutch village stand as a testament to those who stood against tyranny and restored liberty to the Netherlands.

On July 30, 1943, an American B-17F bomber was shot down over Opijnen and crashed in a nearby field. Local Dutch citizens found the remains of eight airmen and took them to a mortuary.  They were given permission to bury them and the airmen are still there today.