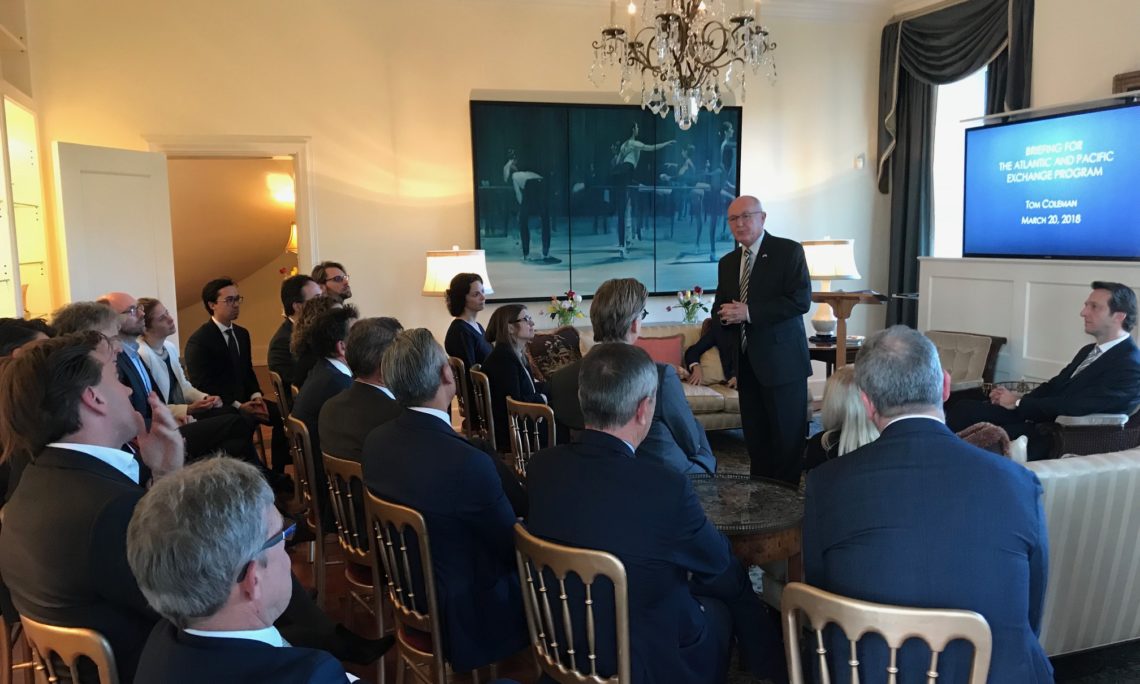 On March 20, 2018, Ambassador Hoekstra met with Dutch financial experts from the mortgage, real-estate, and banking sectors to discuss general trends in the U.S. economy and U.S.- Dutch economic priorities. This Dutch delegation will be traveling to Miami and New York in April for a study program through the Atlantic and Pacific Exchange Program (APEP).

This year’s program with the National Homeownership Guarantee Fund will focus on the U.S. housing and mortgage industry with a case study on senior housing.

APEP is an independent Dutch NGO (founded in 1983) that seeks to build mutual understanding between the Netherlands and the United States by organizing study tours in both directions. Since its creation, APEP has been a partner of the Embassy throughout its 35-year existence. APEP’s programs allow leaders from government and business to exchange views with peers and experts in other countries.

This year’s program will focus on the U.S. housing and mortgage industry with a case study on senior housing and healthcare. Charles Groenhuijsen, former U.S. correspondent for Dutch broadcaster NOS will lead this APEP delegation.

Ambassador Hoekstra tweeted: “It was great hosting a fantastic group of Dutch executives before their APEP study tour to learn more about U.S. approaches to senior housing and healthcare in New York and Miami.”