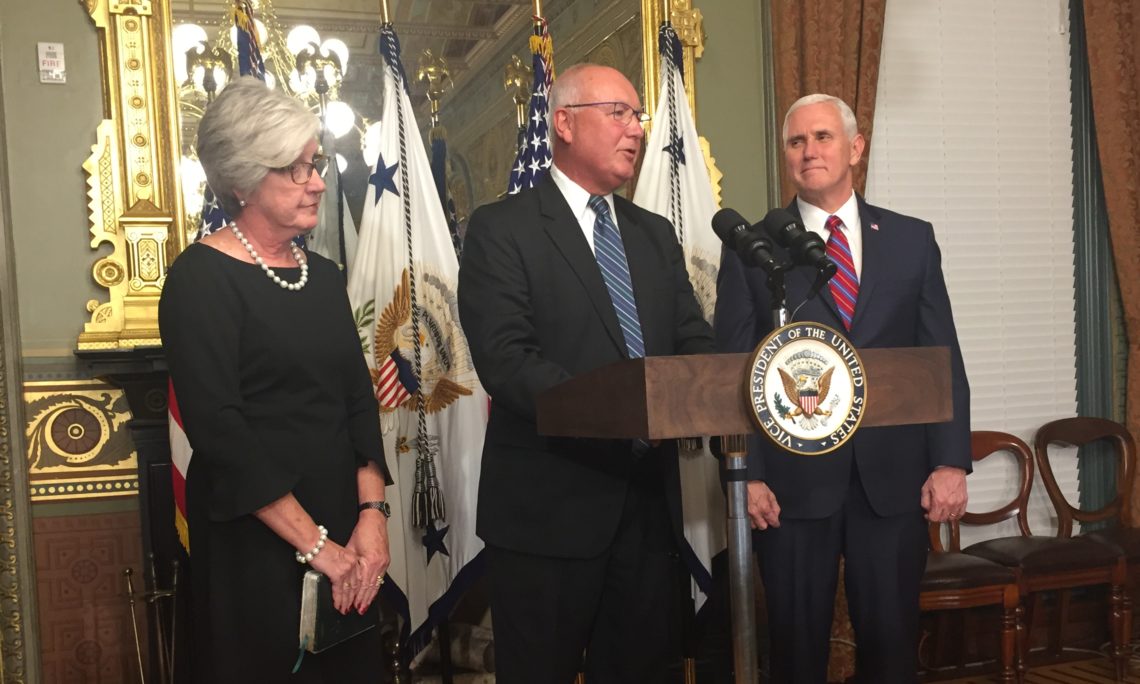 Vice President Mike Pence performed the ceremony to swear in Peter Hoekstra as U.S. Ambassador to the Netherlands in Washington, DC on December 11.  The Vice President congratulated the Holland, Michigan native on Twitter, noting that he knew from serving with Hoekstra in the Congress that “there’s no better man to be in the Netherlands than Pete Hoekstra.”

The Ambassador-designate is expected to take up his post next month. To read his full biography please click here.