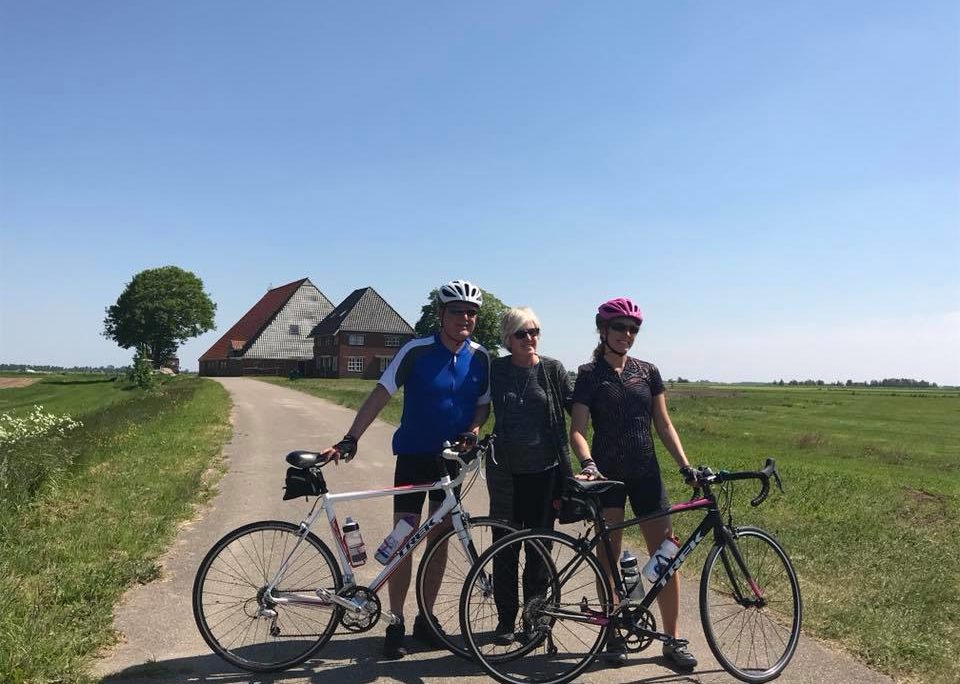 Ambassador Hoekstra led a four-person Embassy team to complete the 11 city bike race called the Fietselfstedentocht on May 21.  For more than 100 years the Province of Friesland has hosted the bike race.  More than 15,000 participants ride 235 kilometers through the province.  This was Ambassador Hoekstra’s third time completing the race.  The Embassy team also included Erin Hoekstra (the Ambassador’s daughter), Defense Attache Robert Buzzell, and cultural specialist Jean-Paul Horsch. The Ambassador had a brief pit stop by his family’s farm near Sloten where he was met by Diane Hoekstra who followed along for support. The Embassy congratulates our team and all others who participated.